Remesh software integrates artificial intelligence with market research to collect, analyze and present the opinions and thoughts of a group of people quickly and in real time, producing valuable feedback for advertisers, message texting, products and other businesses.

Imagine hoping to quickly learn the most common opinion to an open-ended question asked of a group of 10,000 people—a request that would undoubtedly produce a wide variety of responses. The Remesh technology does that.

“When the process is complete, we can pick out the one at the top that, in theory, best represents that entire group of people,” said co-founder Aaron Slodov, associated with Case School of Engineering but now on leave from his graduate studies to focus on Remesh. “We can obtain that in minutes.” 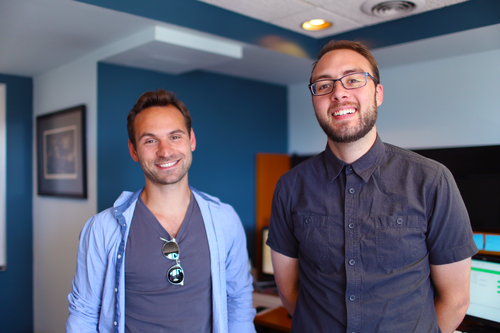 The company, with eight employees in Cleveland and New York City, was created by Slodov and Andrew Konya, a graduate student in computational physics at Kent State University. They met as undergraduates at Kent State.

In addition to the Innovation Summit, a three-day gathering of entrepreneurs, business leaders, researchers, economic development professionals, policy makers and more at Case Western Reserve, Remesh has also benefited from several of the university’s assets designed to support and mentor student entrepreneurs.

In 2014, the co-founders began working with the Case Western Reserve School of Law’s IP Venture Clinic to secure patents for Remesh technology, and debuted the product at the Innovation Summit last October.

“The company’s use of LaunchNet and the legal clinic is exciting, but not surprising,” said Joe Jankowski, CWRU’s chief innovation officer. “Each of these resources is critical to growth-stage enterprises. In fact, next summer, these resources—in addition to technology transfer support—will reside together in the Sears think[box], the university’s multi-story makerspace.”

According to Research Live, the latest round of angel investors included: Steve Schlesinger, CEO of Schlesinger Associates; Charles Stack, founder of Books.com; Steve Potash, CEO of Overdrive; and Techstars, a global startup accelerator.

This story was originally published Oct. 25.