RVS Rubber Solutions, a startup company co-founded by Case Western Reserve University student Pavel Galchenko, is among just 36 finalists chosen from around the world to compete in Singapore this week in an international business competition.

“I still can’t believe it,” said Galchenko, a junior biochemistry major. “It’s incredible. It not only gives us validation, but it’s truly an honor.”

They devised Resonant Vibrational Separation (RVS) technology to separate and recycle the components of rubber tires now disposed of as waste in landfills.

RVS was chosen from among 550 teams, representing 300 universities in 68 countries, to compete this week in the Lee Kuan Yew Global Business Plan Competition at Singapore Management University (SMU), organized by SMU’s Institute of Innovation and Entrepreneurship.

The competition, open to all full-time university students—including undergraduate, postgraduates and doctoral students— is named for Singapore’s founding prime minister, who is credited with developing the Southeast Asian nation’s business plan. 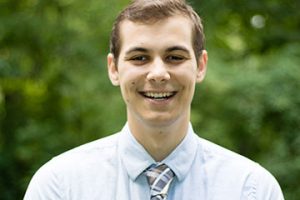 Only one-fourth of the 36 finalist teams are from the United States, including student ventures from Harvard, Columbia and Brown universities and MIT, according to Shuo Yan Tan, manager of education programs at the Institute of Innovation and Entrepreneurship.

A combined $1 million (in Singapore dollars) in prizes—cash, in-kind and investment—is at stake. One winner from each of four “Smart City” categories (Health, Living, Mobility and Services) will be selected to participate in the Grand Finals on Sept. 15.

Each team will present for 10 minutes and then answer judges’ questions for another 10.

Galchenko said he and Samarasinghe, his best friend since fifth grade, spent a month this summer in California, working to further develop the technology. They were urged to apply to the competition, and did, but their expectations weren’t high—despite having won $50,000 in the Midwest regional competition of the U.S. Department of Energy’s Cleantech University Prize competition in Chicago early this year.

“We thought, as a global competition, we were a long shot,” Galchenko said. “But we filled out the application, made and submitted a video as required, and revised our business plan.”

Submissions were evaluated for innovativeness of the business idea, commercial feasibility, market, societal impact and sustainability and ability to execute.

“It is a really big deal,” Galchenko said. “It hits me at different points every day. I think about the position we were in exactly a year ago. Never did I sit there and think one year from that day we would be going to Singapore for a global competition, with sponsors like Amazon and Bloomberg and other big names. So it’s kind of a how-far-we’ve-come thing.”