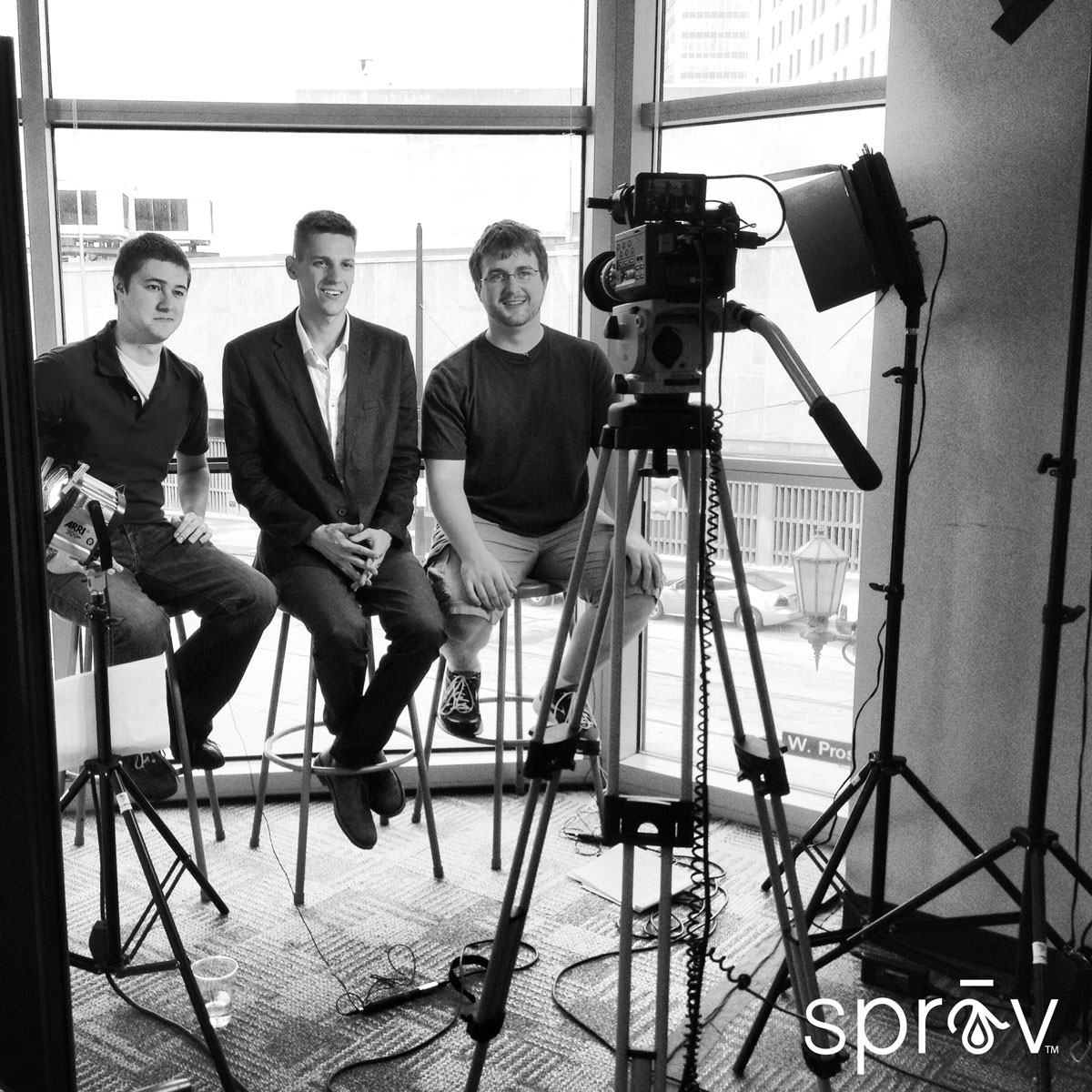 Sprav Water LLC, a company created by students from Case Western Reserve University and the Cleveland Institute of Art to develop “smart” showerhead meters that can save water and cut energy bills, has won a statewide collegiate clean energy competition.

By capturing the 2014 Ohio Clean Energy Challenge, the Sprav team earned $10,000 and a shot at $100,000 at the Midwest regional competition hosted by the Clean Energy Trust in Chicago on April 3. Winning teams from Chicago and five other regionals will advance to the Department of Energy’s (DOE) National Clean Energy Business Plan Competition in Washington, D.C., this summer.

The idea for Sprav actually began in early 2011 as an extra-credit project in Associate Professor Mark DeGuire’s Engineering 145 class.

“Craig, CJ and Andrew have worked hard over the last two years refining their product,” said Bob Sopko, director of the university’s Blackstone LaunchPad—a program for helping students turn their ideas into thriving businesses. “Initially taking second place in the CWRU St. Gobain competition (2011-12), they returned the following year to win. Since then, they have continued their efforts to develop a market-ready product.” 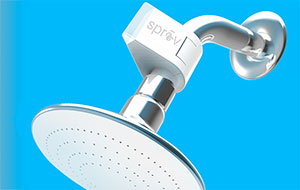 Sprav is a wireless meter that clips on to a showerhead and tracks water temperature and use, sending the information directly to a consumer’s smartphone or tablet. A light at the top of the device flashes from green to yellow to red to indicate when too much water is being used. The $25 design promises to cut shower costs by as much as 20 percent.

The Sprav team members impressed judges at the Clean Energy Challenge at Cleveland State University on Feb. 28 with both their technology and business plan.

The Clean Energy Challenge, in which nine collegiate student teams from throughout Ohio pitched their technologies and business plans to a panel of industry experts and investment professionals, was co-sponsored by NorTech and the University Clean Energy Alliance of Ohio.

Five of the nine teams were from Case Western Reserve.

The $10,000 award will go toward intellectual property protection and beta testing, said Lewis, a macromolecular science and engineering major from Zanesville, Ohio.

“I think it will help us continue to build and improve the product,” he said.

Clean Energy Challenge is part of the National Clean Energy Business Plan Competition established by the DOE’s Office of Energy Efficiency and Renewable Energy to create a network of student-focused, clean-energy business competitions.

The Ohio Challenge supports DOE’s strategy to establish broader innovation and commercialization efforts, and to build a nationwide energy entrepreneurship ecosystem. DOE selected the Clean Energy Trust in Chicago to administer the Midwest Regional Competition, which covers Ohio and seven other states.