BHJJ is a program started 15 years ago at the request of Ohio juvenile court judges with help from the Department of Mental Health and Addiction Services and the Ohio Department of Youth Services.

The program serves offenders who are 10 to 18 years old with mental health issues and substantial behavioral, cognitive and emotional problems. Many also have abused drugs and alcohol, have a history of violent or criminal behavior and have had encounters with various county agencies before appearing in juvenile court.

Researchers at the Jack, Joseph and Morton Mandel School of Applied Social Sciences’ Begun Center for Violence Prevention Research and Education analyzed information from caregivers, social workers and 2,545 young offenders who enrolled in the program between 2006 and 2013. Most showed improvements in functioning and decreases in future delinquency and symptoms related to trauma.

Based on the results from diagnostic assessments performed at community behavioral health agencies, nearly 60 percent suffered from a mental health disorder, while 38 percent were diagnosed with both a mental health and substance abuse disorder. 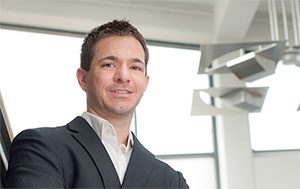 For many, the encounter with the juvenile justice system was the first time they were screened for behavioral health problems, said Jeff M. Kretschmar, PhD, research assistant professor from the Begun Center.

Their conclusion: Juvenile offenders can benefit from diversion programs through community agencies with services for mental health problems and substance abuse that they may not have received in a detention center.

The article presents an overview of BHJJ enrollees’ characteristics and challenges to help court workers and judges match youths with the most appropriate and effective diversion service.

Roughly two-thirds (67 percent) of the youth who had finished the program did so successfully. The next most common reason for terminating the program was due to some form of out-of-home placement (8 percent).

A review by researchers provides a snapshot of the youths in the program:

The researchers examined the variables that predicted two important outcomes: completing treatment successfully and engaging in future acts of delinquency.

Kretschmar said previous research has found that youth with both mental health and substance use diagnoses have difficulties staying in treatment and are more likely to relapse.