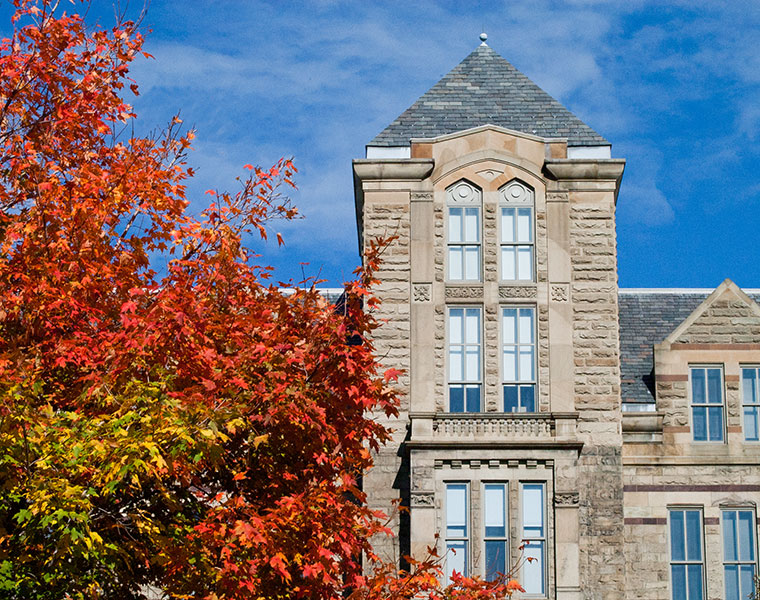 CWRU ranks No. 34 in the U.S., according to Wall Street Journal/Times Higher Education list

Promoted as a measure of the factors that students and families value most in selecting a school, the WSJ/THE rating system gives the greatest weight to such outcomes as students’ graduation rate, salaries, and ability to repay debt. Other key criteria include the institutions’ resources, student engagement, and faculty and staff diversity.

“We appreciate the varied perspectives and data that the growing number of ranking reports provide,” President Barbara R. Snyder said. “The more information that is available to students, the better able they will be to identify colleges and universities that best match their interests and preferences—and begin to narrow what can seem like an overwhelming range of choices.”

Case Western Reserve improved its standing in three of the categories the publications use in their rankings—Outcomes, Resources and Engagement—and held steady in the fourth and final measure, environment. The schools that ranked immediately above (Haverford College and the University of California, Berkeley) and below (Boston University and Bryn Mawr College) Case Western Reserve in last year’s rankings all fell several slots in 2017.

According to the WSJ/THE analysis, Case Western Reserve scored particularly well in terms of graduates’ salaries and loan default rates, spending per student, and international student presence. Most of the data comes from government and independent databases, while the student recommendation figure comes from a survey of 100,000 U.S. college students. The university’s weakest category was “student inclusion,” which the publications calculate using the proportion of first-generation college students and Pell Grant recipients enrolled.

Case Western Reserve initially ranked 32nd in the inaugural version of the WSJ/THE rankings published last September, but discovery of an error in federal data used for one of its measures, coupled with a calculation error affecting a small number of institutions, prompted the publication of revised rankings in June; as a result of the data corrections, the university ultimately ranked 37th in the inaugural list.