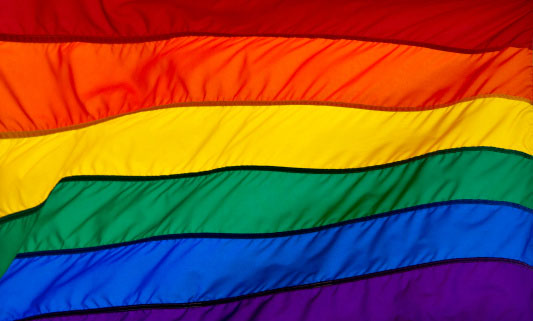 Case Western Reserve is among the Top 25 LGBT-Friendly Colleges and Universities, according to Campus Pride, a national organization that aims to make universities safer and more inclusive for lesbian, gay, bisexual and transgender (LGBT) individuals. The recognition, announced this week in The Huffington Post, follows Case Western Reserve’s first five-star ranking on the Campus Pride Index, a detailed survey of universities’ policies, services and institutional support for LGBT individuals.

“This recognition from Campus Pride is the result of tireless efforts among our faculty, staff, students and alumni to promote the principles of inclusion,” President Barbara R. Snyder said. “We are pleased to receive this honor, and will continue to seek ways to advance diversity across our campus.”

Each campus included in the final listing achieved an overall rating of five stars, plus five stars in categories related to sexual orientation and gender identity/expression. The campuses had to score 4.5 stars or above in all eight LGBT-friendly factors. (Case Western Reserve’s results can be viewed by searching on campusprideindex.org/; a free login is required.)

“Campus Pride congratulates Case Western Reserve University for being in the top 25 this year,” said Shane Windmeyer, executive director of Campus Pride. “From the beginning, the campus has continually improved and has always seen the importance of ‘coming out’ for its LGBT students. Our hope is to encourage more campuses to be more like Case Western Reserve University and take responsibility for a safe learning environment for all students, including LGBT students.”

Over the past few years, Case Western Reserve leadership has committed to creating a more supportive, inclusive environment for LGBT individuals.

In 2010, the university opened its first LGBT Center, which provides resources and support to LGBTQ (questioning) students, faculty and staff. Earlier that year, the university initiated the Safe Zone program, a visible network of volunteers committed to creating a community of respect and dignity for LGBTQ individuals. More than 500 people from across the university participated in the training so far, according to Liz Roccoforte, who became the center’s full-time director last year after leading it on a part-time basis since its inception.

Beginning this fall, all Case Western Reserve police and security officers will attend training about LGBT-inclusive strategies, and police will work with LGBT student organizations to ensure that “all LGBT students know they are safe and supported by the campus policy,” Roccoforte said. She emphasized that the training is offered as a proactive—not reactive—plan.

In April, the Sigma Nu fraternity—which spent a Friday night going through Safe Zone training with Roccoforte—performed Macklemore’s “Same Love” at Greek Sing. The fraternity not only won the competition, but it also gained rave reviews as the video spread within the university.

The following month, the Case Association of Student Athletes released a video, titled “Athletics is Our Home,” (featuring the same song) with athletes and coaches sharing their support for an inclusive environment on and off the field.

“In Greek Life and athletics—and throughout the university—there are some people, both LGBT and allies, who are very brave and very passionate,” Roccoforte said. “It’s made a huge difference here.”

Roccoforte is quick to note, though, that there is room for improvement. “As proud as we are of this recognition,” she said, “we still can get better at making Case Western Reserve a safe, supportive environment for the entire community.”