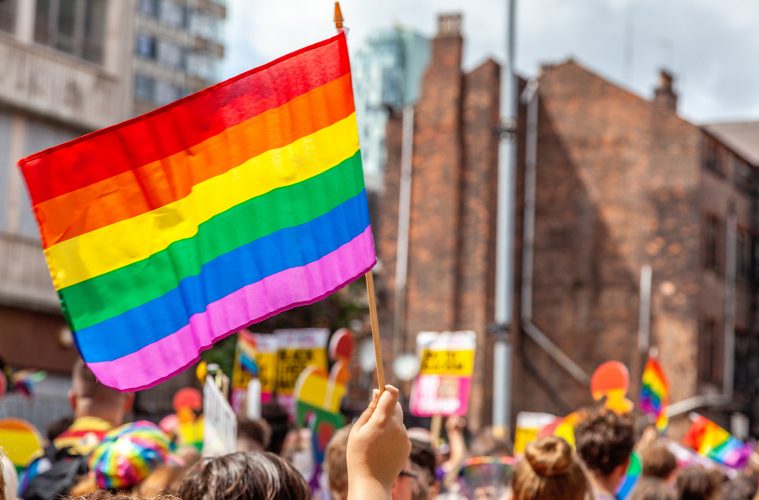 CWRU Pride: A conversation with the LGBT Center’s Harry Hawkins during Pride Month

This month is Pride Month—recognized annually each June in commemoration of the 1969 Stonewall Riots, a series of uprisings in response to police raids on Lesbian, Gay, Bisexual, Transgender, Queer, Intersex and Asexual (LGBTQIA+) spaces in New York City. These events are considered to be a catalyst for the modern LGBTQIA+ movement.

To learn more about Pride Month and how to best celebrate and be an ally at Case Western Reserve University, The Daily sat down with Harry Hawkins, who joined the university in October 2020 as the assistant director of the Lesbian, Gay, Bisexual, Transgender Center.

Q: What does Pride Month mean to you?

A: It is a time for celebration and reflection. We have made significant progress over the past few years, but we must remain grounded and reflect on the many issues our community still faces even in the 21st century.

Q: Can you talk about issues the LGBTQIA+ community still faces today?

A: Two things come to mind: Despite significant steps forward, LGBTQIA+ Americans still lack basic legal protections in many states. The patchwork nature of state non-discrimination laws and a lack of comprehensive federal non-discrimination laws leaves many LGBTQIA+ people in gray areas. The Equality Act would solve this issue by having anti-discrimination protections for LGBTQIA+ people across key areas of life, including employment, housing, credit, education, public spaces and services, federally funded programs, and jury service.

Secondly, we have seen a real uptick in attacks against our transgender community. In physical attacks—to legislative ones in the form of anti-trans bills being proposed and passed in many states across the country, including Ohio. Unfortunately, these bills are steeped in hysteria and a desire to marginalize a vulnerable population further to win a few votes. I feel we can do much better than that. We must continue to educate others and pushback against the false narratives about our transgender community.

As we reflect on Pride Month, we usually draw a line back to Stonewall in 1969 as the real genesis of the modern LGBTQIA+ civil rights movement. Marsha P. Johnson, a Black trans woman at Stonewall, is regarded as one of the mothers of the movement. But, unfortunately, we currently have an epidemic of violence against trans women of color. We have to do more, and we have to put an end to this. Trans folks have been there since the beginning of this movement and those of us in the “LGB” must stand together and support our “T” community.

Q: What are some ways to be a better ally to members of the LGBTQIA+ community this month and beyond?

The LGBT Center here at CWRU is a resource for everyone. I love educating others about our community, and I like to say that “I am Gay on Display (G.O.D).” But that is not the case for the majority of LGBTQIA+ folks. Imagine how exhausting it is when you have to educate folks on your existence every day.

So, I encourage people to do some self-education or reach out to your local LGBTQIA+ center if you have questions or want to know more about a particular topic. Also, many great organizations and nonprofits are doing this work daily; check out their resources and educate yourselves!

Members of the CWRU community are encouraged to explore the below resources available at the university and in the surrounding area: