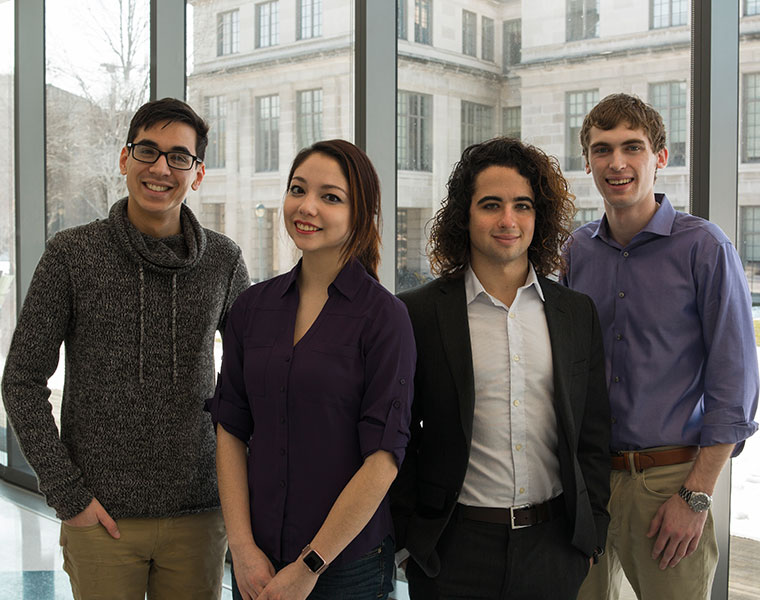 Having two of the nation’s top eight qualifiers for the final round of South by Southwest’s (SXSW) “Student Startup Madness” competition was already impressive.

To have both student entrepreneurial teams from Case Western Reserve University finish among the top three in the country this week was beyond special.

“Stunning results,” said Bob Sopko, director of CWRU LaunchNet, who accompanied the student teams to Austin and admitted getting “a little choked up” when the results were announced. “The CWRU teams did an outstanding job connecting their tech innovations to real human needs. We were honored to make it to the top eight, and stunned to have two of the top finishers. The competition was very difficult.” 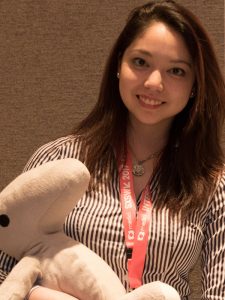 The “Student Startup Madness” 2016-17 National Championship Finals, held at the SXSW Interactive conference in Austin, Texas, featured eight top teams of students—“The Entrepreneurial Eight”—from universities across the country, pitching their ventures to a world-class judging panel. The final eight were whittled tournament-style from more than 200 applications nationally, then to 64, then to 32 semi-finalists before narrowing to the final eight.

Parihug, a company founded by Xyla Foxlin, a Case Western Reserve junior studying mechanical and aerospace engineering, took second place. The company created Bluetooth- and Wi-Fi-enabled teddy bears that allow loved ones to virtually “hug” each other from anywhere in the world.

“It was really surprising, actually. I was not really expecting to place at all,” Foxlin said. “I really like some of the teams. Many of them are focused on addressing real-life issues, so having the judges think that Parihug was just as good if not better was very flattering.”

“That’s definitely something we’re proud of,” Campagna said. “I think it went very well; we told our story as best we can. One thing we learned is we should have the prototype [with us] in the future, because people wanted to see it.”

The winner was 101, a student startup from Carnegie Mellon University that builds classroom engagement tools to promote active learning in college STEM courses. The technology allows professors to integrate problem-solving exercises into lectures by allowing students to solve and submit answers on their personal devices.

Perhaps as important was the opportunity for the student entrepreneurs to introduce their ideas to potential investors. 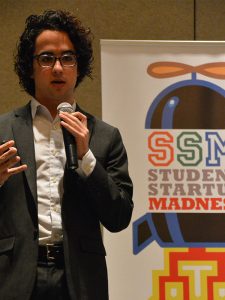 “We met a lot of people—a networking success for us,” Campagna said. “We will definitely have a lot of long-standing connections from this trip.”

Each of the eight finalists presented a four-minute pitch, followed by a seven-minute questions-and-answers session with the judges.

“Anyone of them could have placed,” Campagna said. “They were all very good.”

“I am thrilled for them and for Case Western Reserve, but in truth, I am not surprised,” said Jeff Duerk, dean of Case School of Engineering. “I have the luxury of being surrounded by students like these all the time. It’s a testament to our students, the resources we provide, the vision of our donors and the brand of students that come to the university.”