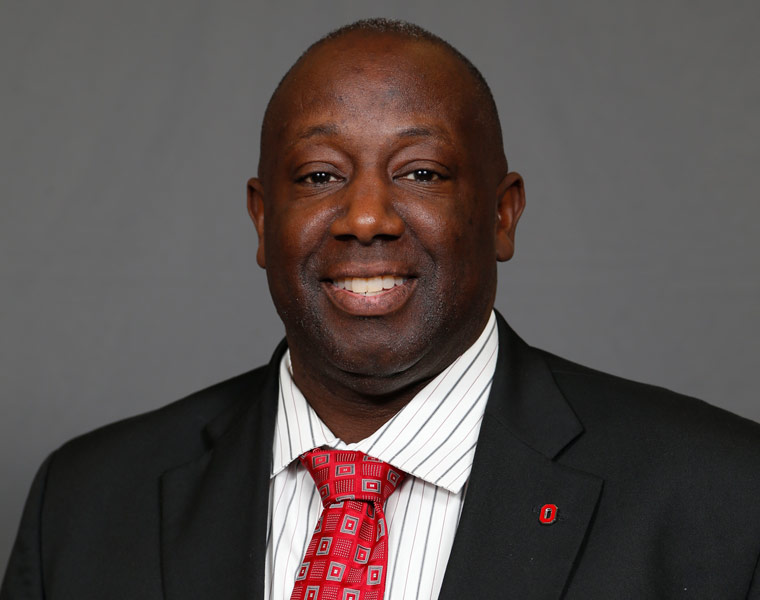 Shelton, currently a senior associate athletic director at Ohio State University, previously spent 15 years in the athletics program at Washington University in St. Louis—a Division III program that, like Case Western Reserve, is a member of the University Athletic Association.

“TJ brings a unique combination of experience—first at an institution that shares our commitment to developing scholar-athletes, and then at a campus competing at the very highest levels of national collegiate sport,” Vice President for Student Affairs Lou Stark said. “His thoughtful perspective and quiet strength thoroughly impressed us during the search process, and we are delighted that he will become a Spartan next month.”

During his years at Ohio State, Shelton has served as the lead administrator for several teams, a role that involved hiring coaches, oversight of budgets and support of athlete recruitment. He also managed all aspects of the university’s athletic risk and compliance efforts (including Title IX and gender equity matters), negotiated athletic equipment and apparel agreements and participated in fundraising efforts that secured a $1 million endowment for OSU’s Head Wrestling Coach position, as well as scholarship and facilities programs.

“I am thrilled for TJ Shelton and for the Case Western Reserve Department of Athletics,” Gene Smith, Ohio State University Senior Vice President and Wolfe Foundation Endowed Athletic Director, said. “T.J. has been an incredibly important member of our executive leadership team who has worked diligently for the opportunity to be an AD. I think he is going to be a terrific AD and I look forward to following his progress.”

A native of Independence, Kansas, Shelton earned his bachelor’s and master’s degrees from Wichita State University (WSU), the latter in sport science administration. After serving as a graduate assistant and intern for athletics at his alma mater, Shelton joined Washington University as an assistant facility manager in 1992. He went on to become an assistant athletic director there, overseeing four sports and participating in fundraising efforts that brought in $3.2 million to enhance several athletic facilities.

Shelton will succeed Amy Backus, who is retiring this month after a 40-year career engaged in collegiate athletics. Her seven-and-a-half years at CWRU witnessed three of the program’s three top team finishes in their respective histories—including a second-place result for men’s tennis last spring at the NCAA Division III Championships. Eight teams in all reached NCAA Championship tournaments, as well as two individual national championships. Backus also developed programs to recognize students’ academic achievement and nurture their leadership skills.

“It became clear during the interview process that Amy Backus has been a transformational leader for athletics at Case Western Reserve,” Shelton said. “I am honored to have the opportunity to continue to build on her legacy of excellence in sport, academics and athletes’ personal development.”