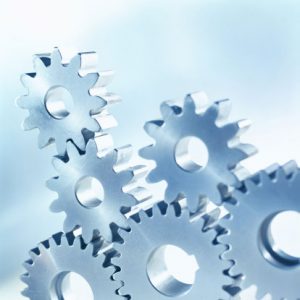 In addition, Carnegie Mellon University and Case Western Reserve are leading a second team that also won funding to learn how to control and understand microstructure and mechanical properties of parts made with two kinds of additive manufacturing to ensure parts qualify for aerospace, medical, and other uses. CWRU will be taking the administrative lead on this work as well as leading the evaluation of mechanical properties.

These projects are among the seven to receive money in the inaugural round of funding from the National Additive Manufacturing Innovation Institute (NAMII). The Institute was awarded to a team led by the National Center for Defense Manufacturing and Machining and includes Case Western Reserve and Carnegie Mellon along with five-dozen organizations across Ohio, Pennsylvania and West Virginia.

Last year, the Obama administration conceived of NAMII as the pilot program for the much-publicized National Network for Manufacturing Innovation. NAMII is focused on accelerating the implementation of additive manufacturing technologies to the U.S. manufacturing sector and increasing domestic manufacturing competitiveness.

“Of the seven projects to be funded in the first set, CWRU will be the lead on two,” said James McGuffin-Cawley, chair of the Department of Materials Science and Engineering at Case Western Reserve. “This is a testament to the high level of engagement of the faculty of the Case School of Engineering. All these projects are characterized by strong partnerships including industrial companies, government labs, and academic partners—all are national leaders in their respective fields and many are headquartered in the TechBelt region.”

David Schwam, research associate professor of materials science and engineering at Case Western Reserve, leads a national effort to develop methods to extend the life of heavy machine tools such as dies used to make engine blocks for automobiles, or to make design alterations, instead of spending up to $1 million or more to make a new die.

In addition to the automotive industry, the military and makers of motors and electronics, plumbing and furniture manufacturers and more could benefit. Researchers estimate that the die industry and forging industry could each save as much as $500 million annually through adoption of rejuvenation and repurposing technologies.

The team proposes to integrate 3D printing, cladding, cold plasma spraying and a variety of welding technologies to optimize methods and materials for different types of tools. In collaboration with manufacturers, the researchers will also design fixtures and methods for fitting sections of large parts inside of 3D printers.

The performance of rejuvenated tools will be compared with new tools. All findings will be formalized into specifications for rejuvenating and repurposing specific materials and components and submitted for consideration to national and international standardization bodies such as the American Society for Testing and Materials.

John J. Lewandowski, the Arthur P. Armington Professor of Engineering II and professor of materials science and engineering, is leading the project efforts at CWRU. The university researchers will focus on the mechanical properties of AM-produced parts using the extensive testing facilities present in their Advanced Manufacturing and Mechanical Reliability Center.

The project goal is to assure that Laser Sintering and EBM additive manufacturing processes can produce parts that meet the exacting standards required for aerospace, medical device and other industries. Process modeling methods will be combined with testing to reduce the number of experiments needed to qualify these AM processes for the fabrication of high value-added components. This technical approach to process development will be combined with first-edition AM cost analysis tools.