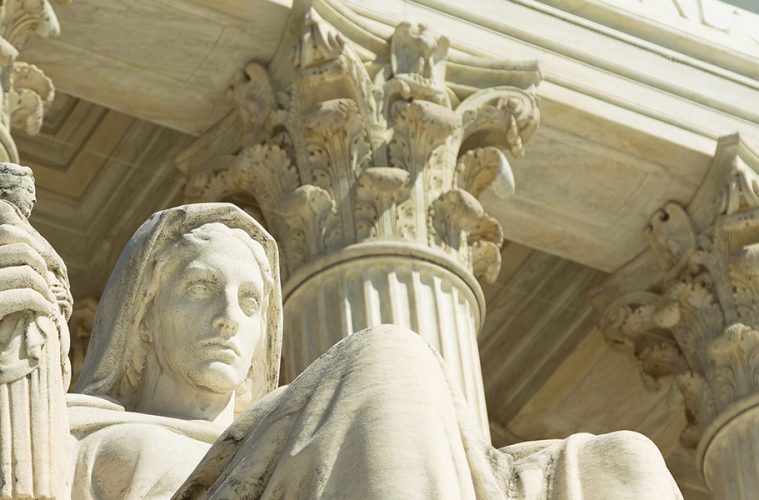 Four students at the Case Western Reserve University School of Law can now say their experiences include preparing and filing an amicus curiae (friend of the court) brief for the United States Supreme Court in a civil case involving how people were detained shortly after the 9/11 terror attacks.

Justices heard oral arguments Wednesday, Jan. 18 in Ziglar v. Abbasi. The case against former U.S. officials and prison wardens alleges that the wardens’ actions led to unconstitutional punishment. There is no indication when a ruling may happen.

Law students Kevin Vogel, Seth Garfinkel, Rohmah Javed and Sam Levine worked on the brief under the supervision of School of Law faculty Andrew Pollis and Avidan Cover through the Milton A. Kramer Law Clinic Center.

People detained for overstaying their visas or for entering the country illegally were placed at Metropolitan Detention Center (MDC), a federal facility in Brooklyn, New York. They faced a “hold-until-cleared” status.

In the brief, 10 former correctional directors and administrators with extensive experience supervising prisons and jails nationally contend that established prison policies did not allow abusive treatment and required individual assessment before any detainee is placed in restrictive confinement. Preparation of the brief required learning about detention centers and the rights of people detained.

“Most law students are here because they want to represent clients and make a real difference for their clients and communities,” Vogel said. “One of the most rewarding parts of law school for me has been working in the Human Rights, Civil Rights & Immigration Clinic with real clients on important cases. It was an honor to be able to work on this particular brief, because the Abbasi case has the potential to shape federal detention law, pleading standards and other law for years to come.”

Before law school, Garfinkel worked as a paralegal, and his work involved filing amicus briefs in federal court.

“To take on similar litigation projects as a third-year law student allowed me to advance beyond those administrative responsibilities and make substantive legal arguments surrounding some of the country’s most complex litigation,” Garfinkel said. “It is an honor to submit an amicus brief to any court, but to work with a group of talented law students and lawyers to submit one before the United States Supreme Court is a special privilege that I will cherish long into my career.”

Garfinkel said learning from former prison wardens about immigrant detention and how the government assigns security designations to detainees were among the most interesting parts of the project.

“While abusive confinement conditions are commonplace in immigrant detention, this particular case exposes the disturbing scope of those abuses—including arbitrary strip searches, verbal harassment and interference with access to legal counsel—that occur in the name of national security,” he said.