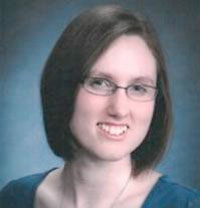 Ally Piepho’s parents thought of their daughter as a renaissance woman.

The Naperville, Ill., native adored art, singing, writing and the sciences. In fact, she chose Case Western Reserve in part because she could pursue multiple disciplines with equal passion. Ally’s first semester included courses in biology, mathematics, cognitive science and art history. It also featured leadership in the Juniper College Council, as well as close connections with countless classmates.

“The day she moved in, she was the first person go up to everyone on her floor to introduce herself,” her mother Wendy recalled. “She made so many wonderful friends. It was the right the school for her.”

Ally, 18, died at home of natural causes Dec. 21, just days after finishing her first semester. Several of her university classmates travelled from as far away as California and Texas to attend her Dec. 28 funeral in Naperville. One after another, they made a point of telling her parents the profound ways in which Ally’s warmth and enthusiasm had touched their lives.

“It was just totally amazing to me,” Wendy said.

With the spring semester starting next week, Juniper College students will gather at 7 p.m. Sunday in Sherman House to speak among themselves about their community’s loss. Staff representatives of Residential Life, the Interreligious Council and University Counseling Services also will be on hand to offer assistance and support.

“[Ally] was always very lively, very cheery, very engaging with others around her,” said Nathan Fein, Juniper College’s coordinator of First-Year Residence Education. “She wanted to make sure everyone felt included and had a voice within the community.”

At Naperville Central High School, Ally distinguished herself as a student whose intellectual curiosity drove her academic excellence. Her efforts invariably centered on mastery and understanding, never simply completing an assignment or securing a top grade. Ally graduated in the top 5 percent of her class and won induction to National Honor Society. Yet she also launched The Writer’s Block, a student organization devoted to providing young writers a place to discuss their craft and benefit from each other’s perspective.

“She was so genuinely excited about everything,” said Megan Plackett, a teacher at Naperville Central who wrote one of Ally’s college recommendation letters. “She just loved to learn. She wanted a [university] that had people as excited to learn, people as diverse in their thinking, as she was. … She was a self-proclaimed, very proud nerd.”

All of Ally’s Naperville teachers attended her service, as did more than 300 other friends and family. She was the sort of person who transcended teenage cliques, inspiring affection and respect among nearly everyone she met. She continued to evoke comparable responses at Case Western Reserve.

“Ally always worked to put her friends at ease,” Tasha Smith, a classmate from Cutler House, told the audience at the funeral. “She was entirely honest about who she was, both with others and with herself. She had no shame in opening herself up like a book for the world to read. As undeniably brilliant as she was, there was only one word in her book: love.”

Skyler Klein, of Tyler House, was one of those fast friends. “Ally was a brilliant, hardworking student and a trusted friend. She was sophisticated and gentle, while nonchalantly hilarious…. I am truly glad to have known her as closely as I have, and to have shared many wonderful memories and misadventures.”

“During the final examination, a broad smile would appear on her face every time I showed a new slide comparison–she had fun ‘getting it,’” Scallen said. “Ally was dynamic, energetic, and upbeat, as well as very intelligent.  Our community has lost a marvelous person.”

Yet Naperville’s Plackett believes Ally’s influence will extend long beyond her time at Naperville, and at Case Western Reserve.

“No matter how briefly you knew Ally, she touched you,” Plackett said. “It’s her spirit. It’s the way she looked at life. She absolutely will be remembered—she left her mark.”

Ally’s parents encourage those who would like to make a contribution to honor Ally to give to Case Western Reserve’s scholarship funds in her name. Individuals may make a payment online or submit a check. For more details, please visit  www.case.edu/giving/how/.