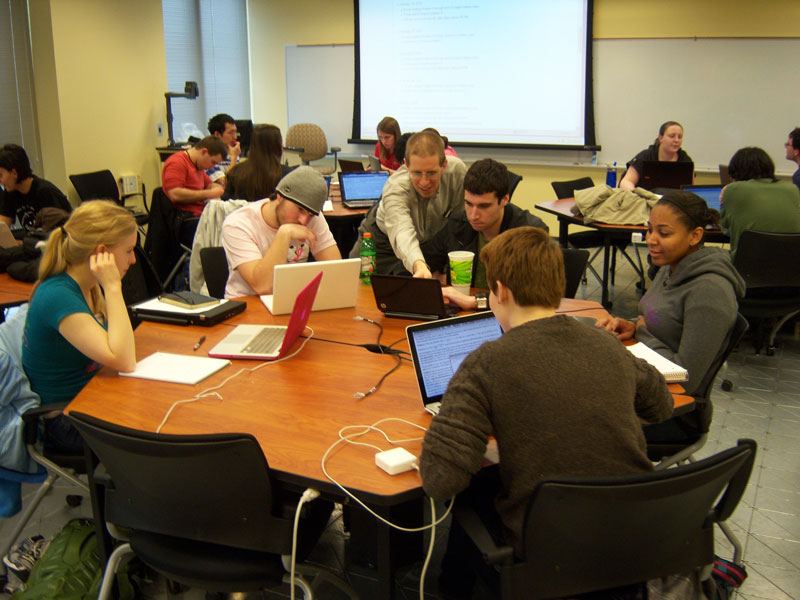 “Dynamics of Biological Systems,” taught by Biology Professor Hillel Chiel and three graduate assistants, abandons traditional lectures altogether in favor of learning by doing. The teachers call the class an example of the use of the continual improvement model in education.

In it, Chiel pairs biology majors with engineering, physics or math majors and has them concentrate on building academic and collaborative skills as they apply math to biological questions. Teachers provide guidance, not answers, often working one-on-one through class time.

Chiel and doctoral students Jeffery P. Gill, Jeffrey M. McManus and Kendrick M. Shaw describe “Dynamics” and the philosophy behind the course in a recent issue of Science.

The Science Prize for Inquiry-Based Instruction was established to encourage innovation and excellence in education by recognizing outstanding, inquiry-based science and design-based engineering education. Winners are selected by the editors of Science with the assistance of a judging panel composed of teachers and researchers in relevant science and engineering fields.

Each month, Science publishes an essay by a recipient of the award, which explains the winning project. Only 20 percent of submitted entries go on to become winners.

“The vast majority of biologists hate math and usually don’t like programming,” Chiel said. “Many engineers have been forced to take biology and hate it because of the memorization.” The prevalence of these attitudes is reflected in questionnaires the students complete at the beginning of the semester.

This class, however, puts the two disciplines firmly in students’ hands, to explore and build proficiency, and, eventually, to replicate and build on recent math models used in the biological sciences. The course is cross-listed as both a biology and biomedical engineering class.

“I’ve previously taken regular calculus classes with engineers and wondered what would the classes ever be useful for,” said Kate Coyle, a biology major who completed the Dynamics class and graduated this semester. “Labs I’ve had in biology and physics show you the protocol and the expected result.

“This is not the same, at all. We were solving real problems every day.”

Students work through problems using an online interactive textbook, Dynamics of Biological Systems: A Modeling Manual, that Chiel wrote and the computer programming language Mathematica, which scientists worldwide rely on to build mathematical models of complex systems. Chiel’s book is available free to students as well as teachers who may want to use it as is or as a model for their own classes.

When teams become stuck on a problem, Chiel or a teaching assistant makes suggestions, gives clues and tries to coax out the answer. After success, teachers quiz individuals about how they found the solution and what they’d learned.

The class of 30 is spread out among hexagonal tables. Teams power up their laptops and go to work. Each day the teachers rotate to a different group of students, and after each class they compare notes on who has mastered the skills and who needs extra help, Gill said. 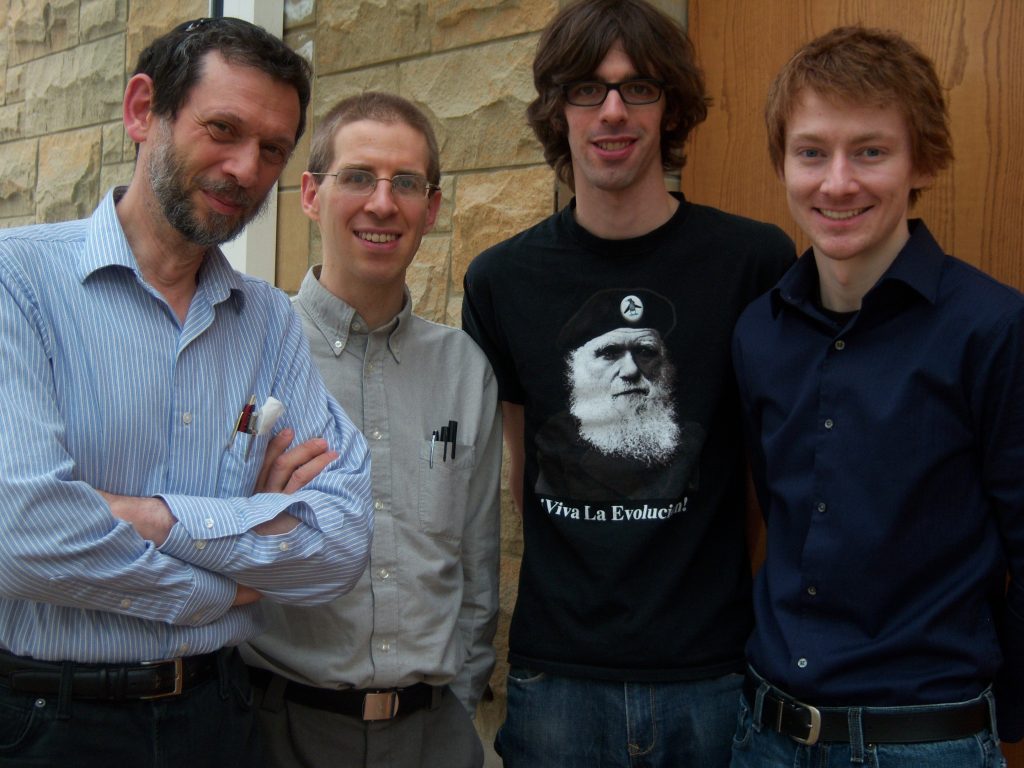 When the second half of the semester begins, teams choose a mathematical model that was recently published in a scientific journal, begin reconstructing and analyzing it and then writing in detail what they learn. The students then extend the model to answer new questions that they ask themselves, and write up results as if they were writing for a scientific journal.

Coyle and her teammates Valencia Williams and Joshua DeRivera focused on a paper that used math models to describe HIV’s effects on the body, based on T-cell and free virus populations in the blood. Coyle, Williams and DeRivera found the model worked well in early stages of the disease but was not as accurate for the late stages.

The team varied one parameter over time to simulate an exponential increase in the replication rate of the virus as it mutates from a slow-growing to a fast-growing strain, Coyle explained. This allowed them to preserve the original model’s accuracy during early behavior and also reach a realistic end-stage value.

Chiel has developed the class over a decade, based on feedback from students and evidence that individuals learned and retained skills and understood concepts of biology, math and programming better under this process.

“What I find so cool is that by the last few weeks of the module, we’re having really professional discussions with students,” Chiel said.

Since abandoning lectures for hands-on, continual development and reinforcement,  overall class scores are higher on the final conceptual exam, and final grades, on average, have increased by slightly more than one letter grade.

It is much more challenging to teach the class in this way, Chiel concluded, but on the whole it’s much more fun and effective for both students and teachers.