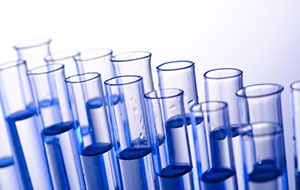 Case Western Reserve University School of Medicine and AstraZeneca, a global biopharmaceutical company, last week announced the first patient enrolled in a Phase 2a trial to assess the effectiveness of AZD5847, a new test drug for patients with tuberculosis (TB), including patients with HIV co-infection.

The study is sponsored by the National Institute of Allergy and Infectious Diseases (NIAID), part of the U.S. National Institutes of Health. It is being conducted by the NIAID-supported Tuberculosis Research Unit of Case Western University School of Medicine of Cleveland, Ohio, and is taking place in Cape Town, South Africa, with TASK Applied Science, a South African clinical research group that specializes in TB trials.

TB, which causes 1.4 million deaths per year, is the leading infectious cause of death among people with HIV/AIDS. The emergence of drug-resistant TB and the lack of new drugs to fight the disease effectively are major challenges to controlling this serious global public health concern.

“New medications are greatly needed to improve and shorten the treatment of TB in high-burden countries,” said John L. Johnson, professor of medicine in the Division of Infectious Diseases and HIV Medicine at Case Western Reserve School of Medicine and staff physician at University Hospitals Case Medicine Center. “This trial is the first step in testing this new potential drug in humans with active TB.”

Johnson is an internationally renowned investigator with the Tuberculosis Research Unit at Case Western Reserve, an interdisciplinary, international consortium of investigators and institutions with expertise in epidemiology, microbiology, immunity, prevention and treatment of TB. Supported by the NIH, the Tuberculosis Research Unit is the only NIH-funded research unit in the U.S. focused on human TB.

AZD5847 has been developed by AstraZeneca and belongs to a class of antibiotics that are active against Gram-positive bacteria and mycobacteria; they work by stopping the creation of proteins that are essential to bacteria’s survival. AZD5847 is active in culture against a broad array of drug-sensitive and drug-resistant strains of Mycobacterium tuberculosis, which causes TB.

“AZD5847 is one part of AstraZeneca’s ongoing commitment to conducting research and collaborating across industry, academia, and government to develop novel treatments for TB and help stop the spread of the disease,” said Manos Perros, head of the AstraZeneca Infection Innovative Medicines Unit. “AstraZeneca’s intent is to work with partners to test the contribution of AZD5847 in Phase 2b trials as part of one or more next-generation combination therapies.”

Combating TB is one of the United Nations’ Millennium Development goals. The most recent TB drugs were introduced in the 1960s. Since then, some strains have developed resistance to those medications. Drug-resistant TB requires up to two years of treatment with more expensive second-line drugs that have more side effects.

Many patients with drug-resistant TB go untreated in endemic countries due to a lack of medical resources. The World Health Organization estimates that 220,000 to 400,000 multi-drug resistant TB cases occurred among TB cases in 2011. About 60 percent of these cases were reported in Brazil, China, India, the Russian Federation and South Africa.