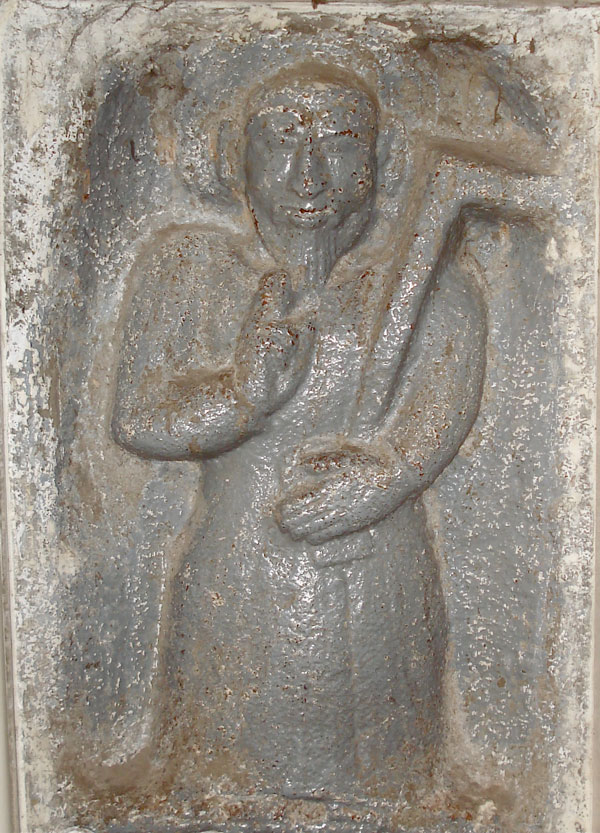 One of Benay’s new findings: a sculpture of St. Thomas holding a builder’s square in honor of the saint’s conversion of the first Indian king to Christianity

Benay discovered several undocumented and unpublished works, which she revealed recently in a presentation, “Repurposed Renaissance: Adaptation in Christian Art of Southern India, 1500–1600,” during the Sixteenth-Century Studies Conference in Cincinnati.

With support from the Samuel H. Kress Foundation, Benay traveled to India last summer to research the ways cultural exchange between Europe and India, during the Renaissance, impacted Christian art in a country and culture dominated by the Buddhist, Hindu and Islamic religions.

Christian art in southern-most India has been largely overlooked by art historians since St. Thomas the Apostle supposedly established the first Christian churches there in 52 A.D., said Benay, an assistant professor of art history and the department’s newest faculty member.

Benay searched for religious relics and artifacts associated with St. Thomas the Apostle—also known as “Doubting Thomas” for his lack of belief in Christ’s resurrection until he had visual proof.

She focused on two cities: Kerala, where St. Thomas arrived and where many of India’s 24 million of his followers—known as “St. Thomas Christians”—concentrated, and in Mylapore, where he died.

Benay visited 17 of the 40 remote parishes St. Thomas established, but the work was challenging because many of the old churches had repainted the original artwork or the buildings had been torn down and replaced. Remote locations and unspecific addresses also made the hunt more difficult.

But her effort was rewarded.

As Benay roamed freely inside churches and spoke to local religious leaders, she was amazed by how widely St. Thomas is venerated to this day. His name is displayed on buildings and stores throughout southern India, and many churches display the iconic St. Thomas Crosses, many of which date to the 16th century.

One found sculpture depicts St. Thomas, the patron saint of carpenters, holding a builder’s square in honor of the saint’s conversion of the first Indian king to Christianity, and the saint’s subsequent construction of a mythical palace in his honor. 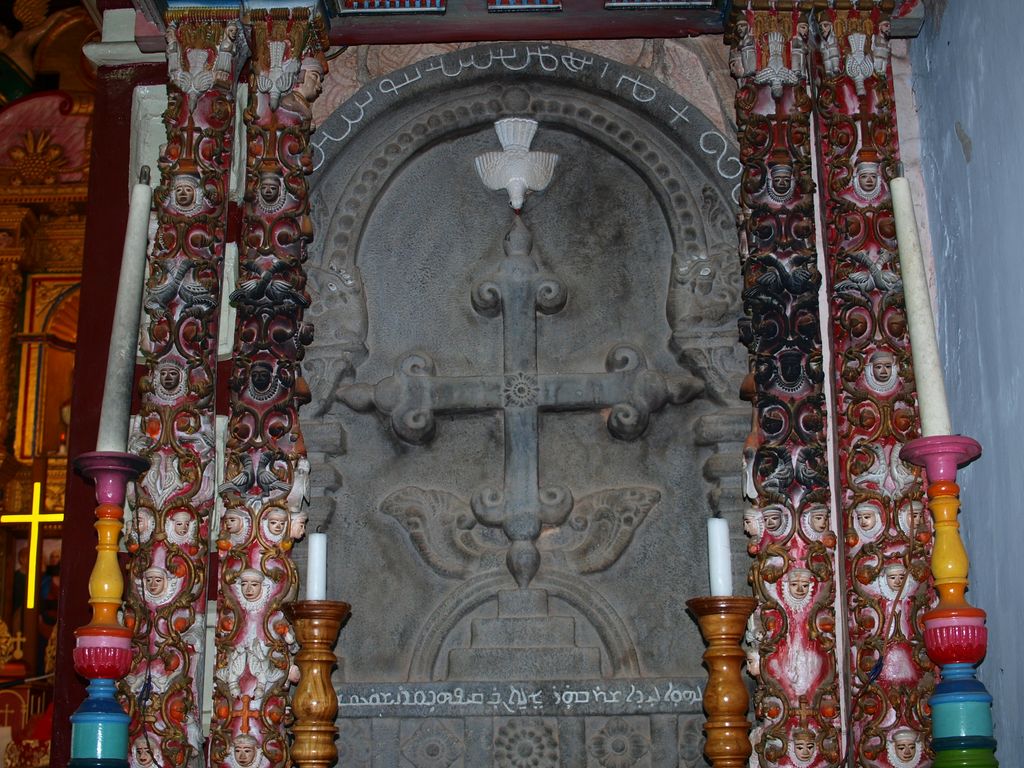 One of the Thomas Crosses Benay found during her travels, at Kottayam Valiyapally.

Benay photographed Thomas Crosses that are reported in religious accounts of Christianity in India, but “not adequately incorporated into the art historical literature,” she said.

The art historian developed a fascination with St. Thomas the Apostle during her doctoral research at Rutgers University and has written extensively about the apostle’s depiction in art. One aspect of this work will be the subject of a forthcoming book chapter, “Touching is Believing:  Caravaggio’s ‘Doubting Thomas’ in Counter-Reformatory Rome” (Ashgate). Benay also found and photographed a 16th-century reliquary box and relief sculpture in Mylapore.

Many of these religious objects melded iconic Indian iconography, such as the lotus and coriander of the Hindu, Islamic and Buddhist religions, with such Christian symbols as the dove or cross.

Some of the objects appear in advertisements and modern devotionals circulated in southern India, she said, but “are virtually unknown outside of the religious community that lives there and have certainly not been introduced into any scholarly material on the subject.”

Benay intends to change that by studying and documenting how European Renaissance art of the 13th to 17th centuries was brought to India when merchants and Catholic missionaries took to the high seas for trade, exploration and conversion, as well as how local, indigenous artists crafted objects that reflected European tastes and ideals.

Benay said her first trip to India was a pioneering start, and much too short, adding that there is more to discover and understand.