After years of honoring faculty achievements in teaching and mentoring, Case Western Reserve University this spring launched a new recognition program for excellence in research.

The idea for the initiative came from Robert H. Miller, who became the university’s vice president for research in 2011 after serving as vice dean for research at the School of Medicine. Along with this year’s revival of Research Showcase, the program helps demonstrate the great value Case Western Reserve places on academic discovery.

“Research is at the core of who we are and what we do at Case Western Reserve.,” President Snyder said. “These honorees exemplify our spirit of exploration and collaboration in the service of expanding knowledge and deepening understanding.” 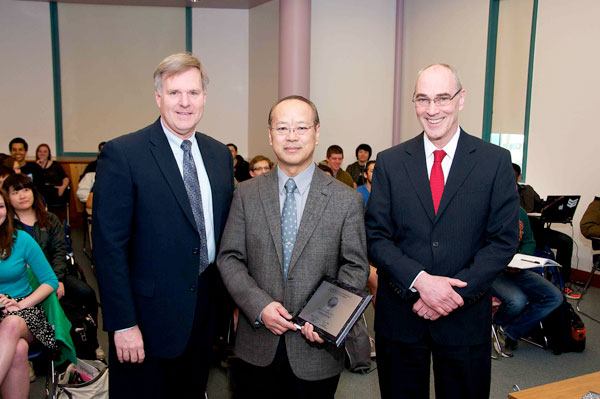 Ishida—widely regarded as a leader in the composites community—was recognized for his commercialization of polymeric materials and scientific contributions to the polymer and nanocomposite fields.

Ishida has produced more than 400 scholarly works that have been cited more than 10,000 times. He is a member of several scientific societies, a visiting scholar at the Max Planck Institute, editor-in-chief of the journal Composite Interfaces and associate editor of the journal Polymers and Polymer Composites.

On campus, he is well known among students for his Introduction to Polymer Science and Engineering course, which attracts more than 100 first- and second-year students each year, and for involving large numbers of undergraduates into his research. 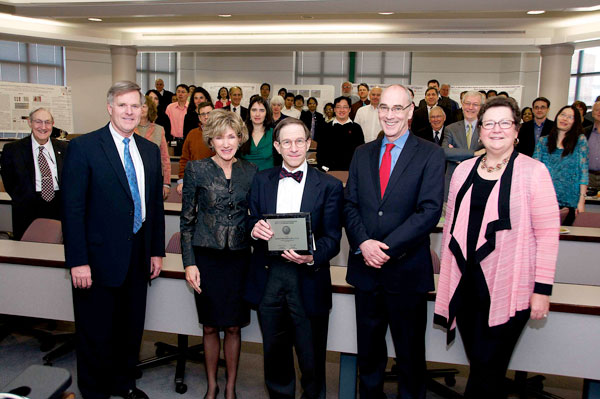 As an internationally recognized cancer researcher, Markowitz has “shed fundamental light on and transformed our understanding of the causes” of colon and gastrointestinal cancers, a colleague noted. His research has produced more than 100 papers and a dozen patents, and he regularly is invited to speak about his research worldwide and serve on national advisory boards.

Markowitz, also a medical oncologist at University Hospitals Seidman Cancer Center, has been recognized with numerous awards and honors throughout his career, including a 12-year appointment as an investigator of the Howard Hughes Medical Institute—the first Case Western Reserve University faculty member to achieve such a distinction.

In 2011, the National Cancer Institute awarded the university an $11.3 million award to designate it as a Specialized Program of Research Excellence (SPORE) in Gastrointestinal Cancers. Markowitz was the principal investigator on the grant and now co-directs the SPORE team, which includes 15 doctors and scientists. 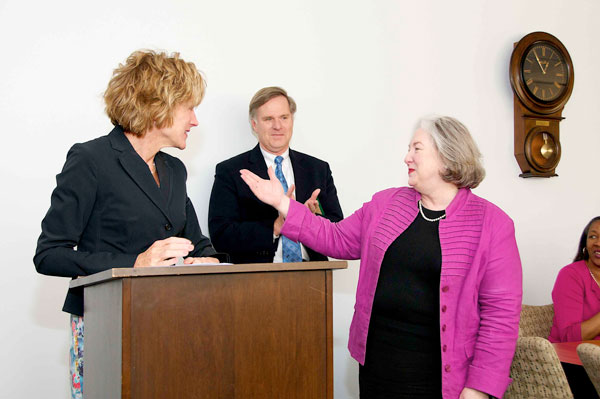 Her research on cardiovascular disease has been called “creative,” “innovative” and “a model of rigor and excellence.” Moore focuses on women, seniors and minorities with cardiac disease to study their recovery and health behavior and exercise changes following cardiac events.

She has received continuous funding as a principal investigator on National Institutes of Health and foundation grants, including her current study: a $12.5 million, seven-year study to examine interventions to treat obesity and reduce blood pressure in urban youth. A fellow in the American Academy of Nursing and the American Heart Association, Moore publishes research several times each year in journals and books and has presented around the world.

Moore is regarded on campus as much more than just an outstanding researcher; she’s also known as an exemplary teacher and mentor to colleagues and students. “She has been exemplary in her commitment to the development of the next generation of scientists,” a colleague said. 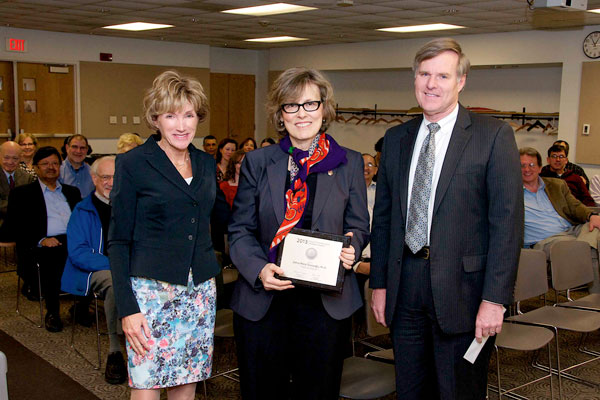 In her three decades of database research, Ozsoyoglu has contributed greatly to the field, giving insight into data management problems related to efficiency, scalability and bioinformatics. In 2011, she was named an Association for Computing Machinery fellow, solidifying her as an international expert.

At Case Western Reserve, she has mentored 18 PhD recipients and 39 master’s students—many of whom have gone on to illustrious careers in academia and companies such as Google, Microsoft, IBM and Oracle. 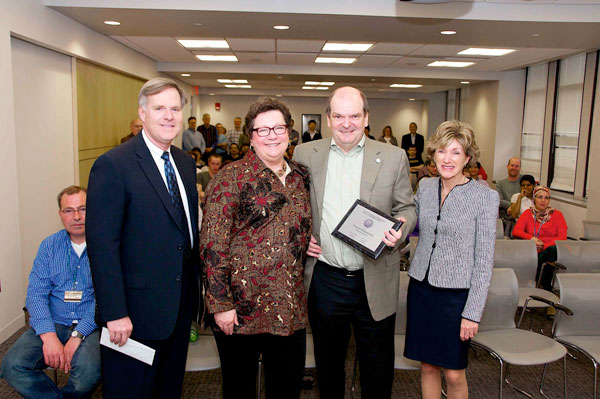 Described by a colleague as a “world leader in vision research,” Palczewski is internationally known for his work toward restoring sight in individuals whose blindness is related to retinal diseases.

He is recognized for his ability to translate basic findings into clinical applications; in fact, his recent breakthrough discovery in the treatment of macular degeneration has been used successfully on animal subjects, and he now seeks funding to move to human clinical trials.

Palczewski’s work in fields such as biochemistry, structural biology and pharmacology of vertebrate vision has been published in more than 300 articles and has earned him numerous national and international awards. In 2011, the president of Poland presented Palczewski with the Knight’s Cross of the Order of Merit of the Republic of Poland, which honored Palczewski’s contribution to the cooperation among his native Poland and other countries. 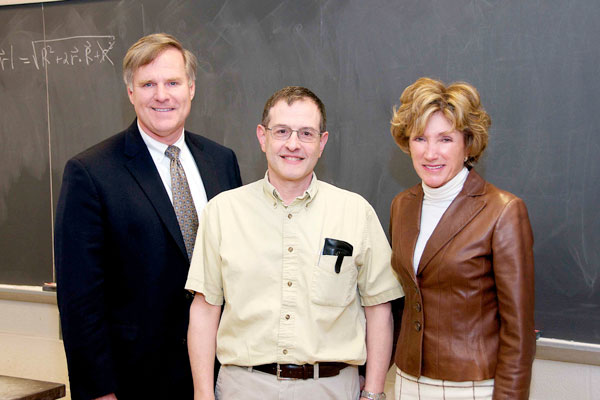 Rosenblatt has a long history of conducting promising research in a variety of fields, such as magnetic levitation of fluids, the interactions between liquid crystals and bounding substrates, and optical nonotomography.

Over the past 30 years, he has received funding from the Department of Energy, NASA, the state of Ohio and even the French government. In addition, he has earned uninterrupted single-investigator research funding from the National Science Foundation’s Solid State Chemistry program for more than 28 years. His proposal success rate for all research projects is nearly 70 percent.

Rosenblatt has produced nearly 200 publications and four patents throughout his career. He has been recognized with a variety of honors, including being the youngest member elected to the board of the International Liquid Crystal Society at age 39, being elected an American Physical Society fellow at age 43 and earning a Fulbright scholarship to study in France in 2010.

Miller chaired the selection committee, which consisted of Distinguished University Professors. The committee’s decisions were based on nominations from deans of the schools/college.

Award winners received a plaque honoring their contributions and monetary awards of $5,000 each. Approximately five recipients will be selected annually for the awards.