Professor, trustee contribute to report on curtailing the opioid epidemic

Though the total number of prescriptions for opiate medications have fallen, overdoses from the drugs, including its illicit forms, such as heroin and fentanyl, continue to rise—and are now the country’s leading cause of unintentional injury death.

To battle opiate-related trends, last year the National Academies of Sciences, Engineering, and Medicine (NASEM) convened an expert committee funded by the U.S. Food and Drug Administration (FDA) to take stock of the issue and propose potential actions to lessen the crisis. 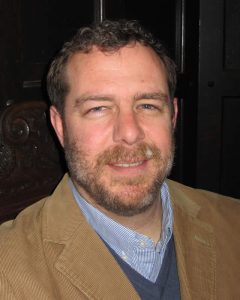 Lee Hoffer, an associate professor of anthropology at Case Western Reserve University, and Linda Burnes Bolton, on the university’s Board of Trustees, were members of the NASEM committee that released its report in mid-July, which provides a snapshot of the epidemic:

“This should be a wake-up call to health professionals, especially in living up to their responsibilities to do the right thing for consumers, who rely on doctors and others to be experts to determine what should and should not be done in terms of responsible pain management,” said Burnes Bolton, vice president of nursing, system chief nurse executive and chief nursing officer at Cedars-Sinai Health System in Los Angeles.

“The reduction in prescriptions we’ve seen is not nearly enough,” Hoffer said. “There are still many in the medical community who don’t understand how inherently dangerous these medications can be.” 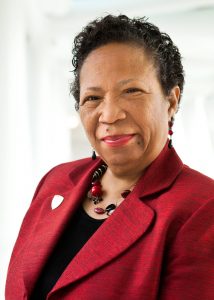 While the report provides updates on pain treatment research and education, it also offers recommendations to health professionals, government agencies and others to help reduce the epidemic and, ultimately, save lives.

While doctors have a duty to treat acute and chronic pain—using opiates as one of the tools available—reducing abuse of the medications must be a key driver of future prescription practices that are responsible and restrictive, Hoffer said.

Even though a small percentage of patients prescribed opiates develop a substance use disorder—which drives a still smaller number to seek opiates on the illicit market—the level of legal prescriptions is so substantial that unprecedented numbers of people are now seeking heroin and fentanyl in response to addiction.

“It must be a better balancing act,” Hoffer said. “We don’t want to remove a legitimate treatment option. But, for instance, doctors need to be educated about evidence showing these drugs are most effective for treating short-term pain, but can be ineffective and harmful when used for long-term pain management.”

Among the committee’s recommendations:

“We can’t give up on people with opiate use disorders. We hope this report is a piece of the puzzle to reduce an epidemic that has not even plateaued yet,” Hoffer said. “Frankly, it will take many years, earnest collaboration and much more money than has been dedicated to the crisis so far to see results.”

Members of the committee, known as the Committee on Pain Management and Regulatory Strategies to Address Prescription Opioid Abuse, hailed from Yale University, Washington University in St. Louis, the University of Virginia and others.

The National Academy of Sciences, Engineering, and Medicine is a private, nongovernmental institution that offers guidance on issues related to science and technology.