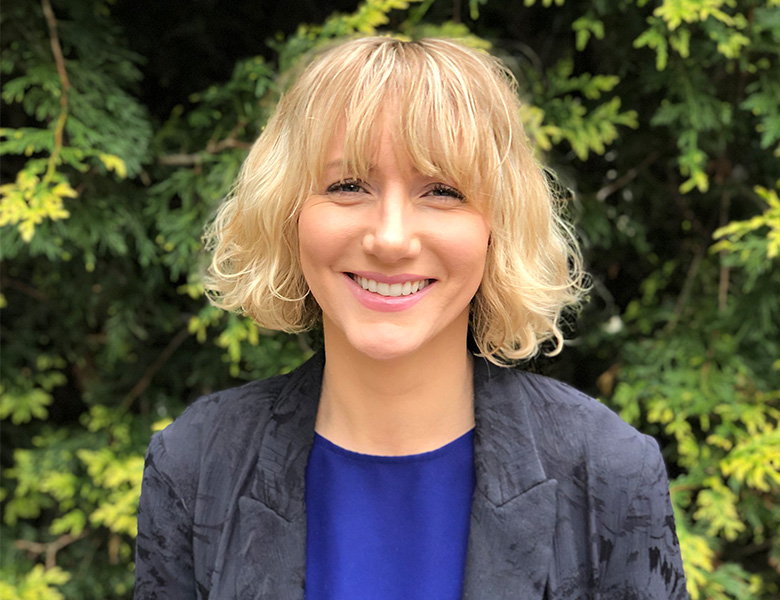 For most of her time as a mathematics undergraduate at Idaho State University, Jenny Hawkins was a shy student with an aversion to talking to her professors as strong as her determination to earn straight A’s in their classes.

Finally, in her junior year, a professor’s effort to ease Hawkins’ core worry—that she’d reveal to faculty what she didn’t yet know or understand—led to a mentoring relationship that helped incubate her sense of personal potential and professional possibility.

Now, as an academic, Hawkins seeks to be for her students the safe harbor her mentor became for her: She strives to establish a genuine connection with each of her students, driven by what she’d wished she’d done sooner as an undergraduate.

“My students are people, and I can’t teach students who I don’t know,” said Hawkins, an assistant professor of economics at the Weatherhead School of Management at Case Western Reserve University since 2014.

“I’m not just here to teach economics,” she said. “Having a person in their lives who talks about the benefits of getting out into the world and pursuing their interests—perhaps relaxing a little about grades—can be freeing.”

Playing many roles in students’ lives

In helping one student prepare for a final, “[Hawkins] responded to about a million emails a week, and when things got really hard, we’d both sit in her office, computers open, working quietly to figure out what I needed,” the student nominator wrote. “It was an intense educational experience for sure, but this was also a time when I grew professionally.”

Hawkins has been known to reach out to students with personalized lists of internships, turn advising sessions into mock job interviews, organize chances to network and provide research opportunities so they can present tangible evidence of their skills to future employers.

For some students, she has played many roles in their lives, “ranging from teacher, thesis advisor, boss, career coach, and friend,” one nominator wrote.

In addition to teaching microeconomics, law and economics, business strategy, and labor markets at the Weatherhead School, Hawkins leads the SAGES senior capstone course, “The Economy in the American Century.”

Weaving in music, pop culture and news into her teaching, Hawkins illustrates the arcane and theoretical with real-life examples that speak to students, such as visiting the Cleveland Museum of Art to explore artwork through an economic lens.

This effort at relatability cuts through the perception that the ideas discussed—opportunity costs and strategic behavior, for instance—are only relevant to those in related majors; in fact, many of her students hail from a variety of disciplines.

“Economics is about optimal decision-making. Anyone from a nurse to an engineer to a musician can relate economics to their daily lives,” she said. “I try to guide students using economics so they can critically and creatively examine their world—and hopefully reach a potential they didn’t realize they had.”

The Wittke Award was established in 1964 to honor Carl Wittke, who retired the year before after serving as a Department of History faculty member and chair, as well as vice president of Western Reserve University. In 1971, after Wittke died, the nature of the award changed to recognize excellence in teaching undergraduates.

The Jackson Award honors outstanding advising and mentoring of undergraduate students by a current employee or emeriti faculty member. J. Bruce Jackson, a 1952 graduate of Adelbert College, established the award in 2003 to honor Wittke, who served as Jackson’s mentor as an undergraduate.