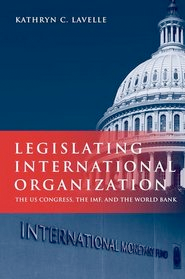 In 2008, the U.S. recession put Europe’s economy in flux. Now, what’s happening in European countries like Greece, Spain, Portugal and Ireland raises anxiety levels about a potential blow to the rocky U.S. economy.

The International Monetary Fund may be able to throw a lifeline to the struggling European economies, but it will require the backing by allocations from one of the IMF’s major players—the U.S. Congress, explained Kathryn Lavelle, associate professor of political science. The old coalition of support will have to be reconstituted to meet constituents affected by the new crisis.

“These international organizations don’t have a geographic constituency that benefits a state or region, yet the United States has provided consistent financial support and been a primary motivator behind these organizations since 1945,” Lavelle said.

The IMF and World Bank were developed in 1944 during a meeting of world economic leaders in Bretton Woods, N.H., to forge an economic plan to deal with a world economic crisis. Major players included John Maynard Keynes from the British treasury and Harry Dexter White from the U.S. Department of the Treasury.  Measures adopted during the Bretton Woods conference became the blueprint for these new international organizations.

Lavelle views the historical developments of the organizations through the lens of Congressional actions, and she divides the timeframe into five major periods between 1945—its conception—and the 2008 financial fallout. She writes about coalitions from each period that formed to push through changes and policies.

While the organizations have provided support to developing countries in the past, Lavelle sees a new direction emerging in which developed industrial countries need bailing out. How that all plays out in the overseas financial arena will have an impact on financial recovery in the U.S., Lavelle said.

Initially Europe-focused, the IMF and World Bank have expanded their membership throughout the world.

Voting power is based on world economic status, and the United States holds about 16 percent of the IMF votes. How the country votes is set by actions in Congress that provide a conduit of financial resources to these international organizations, Lavelle said.

Over the years, congressional roles have changed and reflected shifts in political power and leadership in the White House. But with long-serving members of Congress, who outlast presidents, Lavelle said, Congress can make real changes in how these international organizations operate.

She also found that the international organizations, which are headquartered in Washington, D.C., work best when the politics of too many special interests or colliding views between the two congressional chambers are absent.

But over the long term, Lavelle wrote, Congress has made a positive difference throughout the world through the actions of these international organizations.