In the heat of competition, women value winning more than men.

These discoveries, drawn from a new study co-written by an economist at Case Western Reserve University, seem to challenge decades of research showing women are less likely to compete. 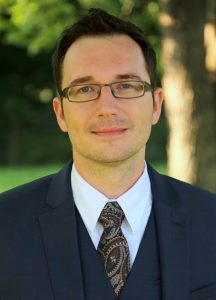 “Our results show women are more competitive than men—once inside a competition,” said Roman Sheremeta, the study’s co-author and an assistant professor of economics at the Weatherhead School of Management at Case Western Reserve. “But there is a barrier of entry: Women are less likely to enter competitions in the first place.”

The findings also offer insight into still-present gender gap in pay—women in the United States earn about 21 percent less than men—and why women occupy only five percent of Fortune 500 CEO positions.

“While some gender gaps are shrinking, they still exist,” said Sheremeta. “Our results could provide insight into the forces contributing to gender inequality in the workplace, especially given that competitiveness can be strongly correlated with choosing to pursue prestigious employment.”

In an experiment known as an “all-pay auction,” researchers found women risked more when the costs of competing against other women were unrecoverable, such as winner-take-all. Against men, women bid about the same as when men competed with men.

“The notion that women are less competitive than men has worked its way into decision-making and is a part of our culture,” said Sheremeta. “Our results seem to challenge this idea.”

This study, published in Economic Letters, is particularly intriguing given existing literature showing:

Sheremeta, who has replicated some of these results in his own work, was surprised at how his latest findings were inharmonious with existing studies.

“In some ways, these results blow out previous research,” he said, “though they are more provocative than conclusive.”

This fall, Forbes named Sheremeta the top economic thinker of Ukrainian descent—an honor based on the amount of citations and publications stemming from his original research, and by votes from peers in his field.

His latest paper, “The gender difference in the value of winning,” was co-written by Zhuoqiong (Charlie) Chen, of the London School of Economics, and David Ong, of Peking University and the Chinese University of Hong Kong.