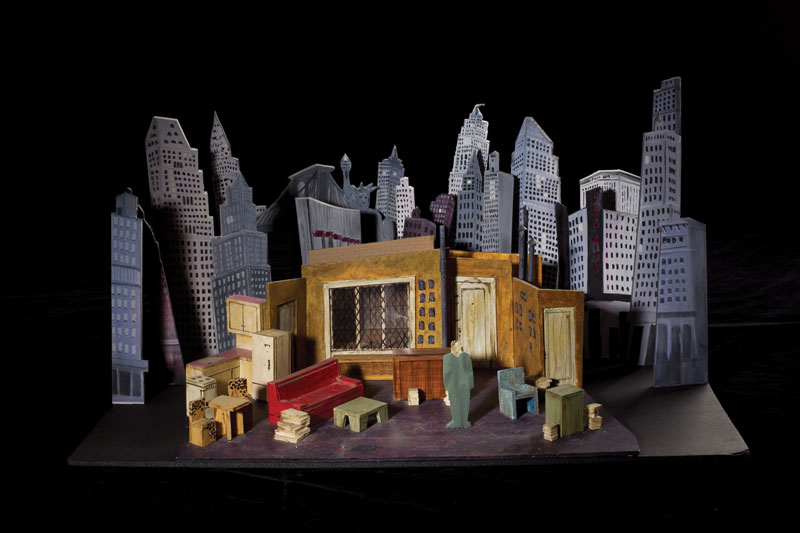 Among the Cleveland Play House archives donated to Case Western Reserve University are scene designs such as this one by designer David Potts for the 1993 production of John Guare’s play, The House of Blue Leaves. (Photo by Laura Webb)

The Kelvin Smith Library at Case Western Reserve University has acquired the archives of the Cleveland Play House, consisting of more than 1,000 boxes of materials. The collection includes letters, manuscripts, research documents, notes, legal and financial records, printed materials, photographs, video and audio tapes, CDs and DVDs, posters and fliers, and artifacts, dating from the formation of CPH to present day.

The public can view a selection of items during a program and reception announcing the new home of the CPH archives collection at the Kelvin Smith Library on Monday, March 26, at 4 p.m.

“When one surveys the existing and available archival record of professional theater, it would be hard to find a comparable collection,” said Arnold Hirshon, associate provost and university librarian. “The Cleveland Play House archives are an unparalleled resource for researchers studying the emergence and development of the American regional theater movement, as well as a treasure trove of information about the general and cultural history of Cleveland.” 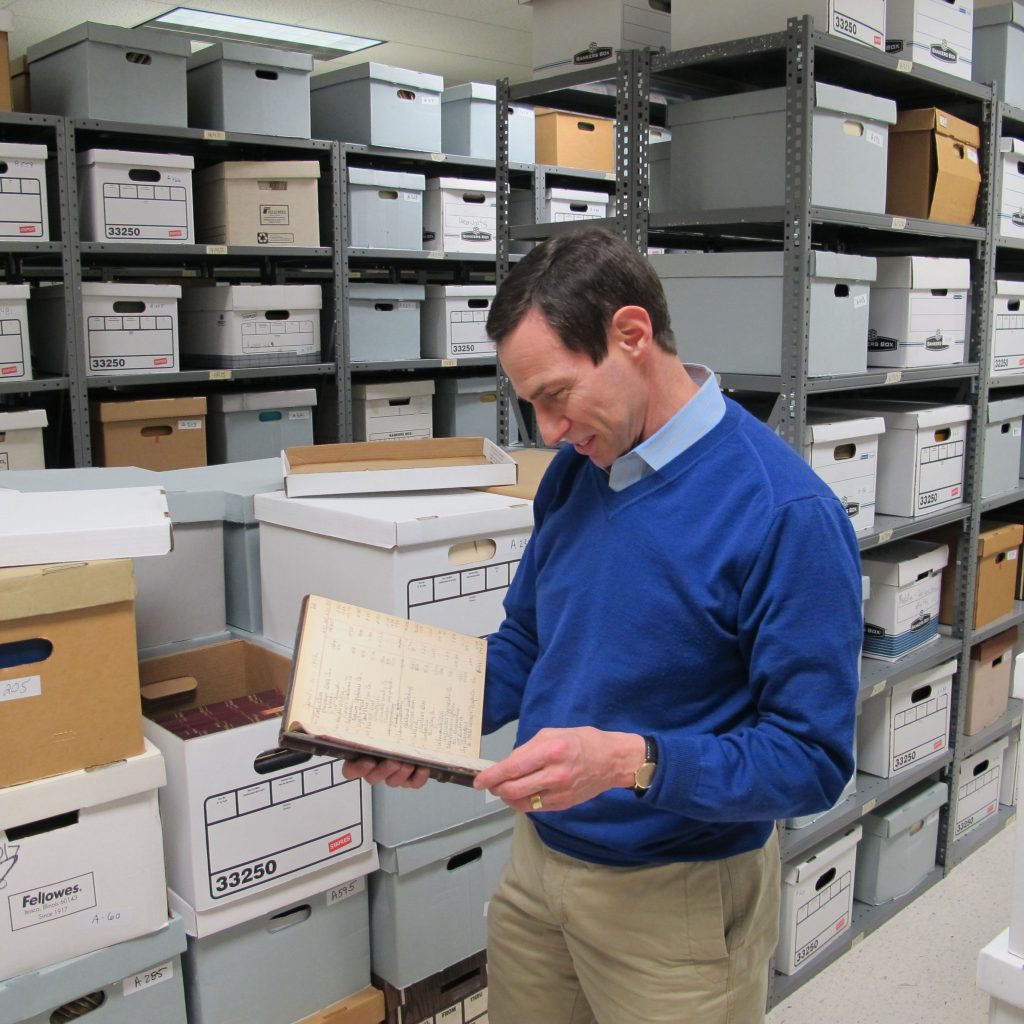 Arnold Hirshon, associate provost and university librarian, among the shelves of the more than 1,000 boxes of Cleveland Play House Archives.

Founded in 1915, Cleveland Play House is America’s first professional regional theater. Some key items in the archive donated from CPH include:

“This significant collection will provide our faculty and students with access to a rich historical record of the longest-running professional theater in the United States,” said Cyrus C. Taylor, dean of the College of Arts and Sciences. “Housing the Cleveland Play House’s archives will open new avenues for research and scholarship. It will also deepen our long-standing partnership, which already includes our nationally recognized Master of Fine Arts acting program as well as undergraduate internship opportunities that develop valuable career experience.”

In addition to programs and production photos, the Cleveland Play House archives are filled with letters from famed playwrights, personal memos, financial records, correspondence between board members and local politicians and businesses, press clippings from now-defunct newspapers, and a wealth of other items that chart the theater’s development since its founding.

“The educational and humanistic value of the Cleveland Play House archives is simply astounding,” said Jeffrey Ullom, assistant professor of theater, who is currently writing a book that centers on the past, present and future of the CPH. “Not only does it detail the artistic achievements of Ohio’s most respected theater, but its documents and images allow for the people of Ohio to study its own cultural, social and economic past.”

“We’re very pleased that our collection has a new home with the university, with whom CPH has had an institutional partnership since the 1930s,” said Kevin Moore, managing director of Cleveland Play House. “There’s almost a sense of providence that our theater history will be preserved there.”

Jill Tatem, the university archivist, will oversee the cataloging and organization. The remarkable collection will be available to researchers and the public as it is processed, which Tatem estimates will take at least two years. After the collection is organized and finding aids are created, Kelvin Smith Library will digitize portions of the collection to make the contents available internationally on the Web.

Inquiries about the archives can be directed to archives@case.edu. For more information on the public event, call library administration at 368.2992.