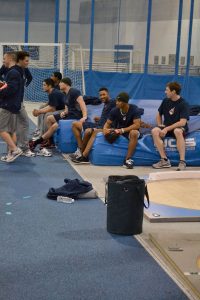 In what has become an annual tradition, Major League Baseball’s Cleveland Indians have conducted portions of their winter development program at Case Western Reserve University’s Veale Center. And, as part of the relationship, the 2013 season will mark the ninth consecutive year in which the Case Western Reserve baseball team will host a game at the Indians’ Progressive Field.

The Indians finish their on-campus training today from 10:30 to noon.

“Our work at Case Western Reserve is a very important part of our winter development program in Cleveland for our top prospects,” said Carter Hawkins, Indians’ assistant director of player development. “In the time the players spend at Progressive Field, the program mainly concentrates on preparing the players mentally. The facilities at CWRU enable us to do work on the physical side—throwing, running and agilities are keys to development and staying healthy. We appreciate the great facility Veale offers and especially our ongoing relationship with Case Western Reserve.”

In the nine years the Indians have held workouts at the Veale Center, the facility has hosted a multitude of future MLB stars like Shin-Soo Choo, Jason Kipnis, Vinnie Pestano, Tony Sipp, Matt LaPorta and Lonnie Chisenhall. This winter, the program has been highlighted by 2011 first-round draft choice Francisco Lindor, who enters the season as the Indians’ top-ranked prospect. Lindor was named to the mid-season and postseason Midwest League All-Star teams as a shortstop for the Lake County Captains last season.

“It is exciting to have an ongoing partnership with the Cleveland Indians,” said Gary Pillar, assistant athletic director for development at Case Western Reserve.

Pillar has worked extensively with the Indians to coordinate the organization’s use of the Veale Center and hosting of a Spartan baseball game each spring along with pursuing other partnership opportunities for the university.

“In addition to the notoriety of having the professional organizations train on our campus, the Indians are very receptive to other opportunities to reach out to the university, such as gifting their field tarp to the university last year and providing speakers for classes on an ongoing basis,” said Pillar. “Lastly, and possibly most importantly, having two of the leading institutions in Greater Cleveland partnering in their efforts to become more viable organizations and better serve constituencies in our region can act as a model for other entities in Northeast Ohio.” 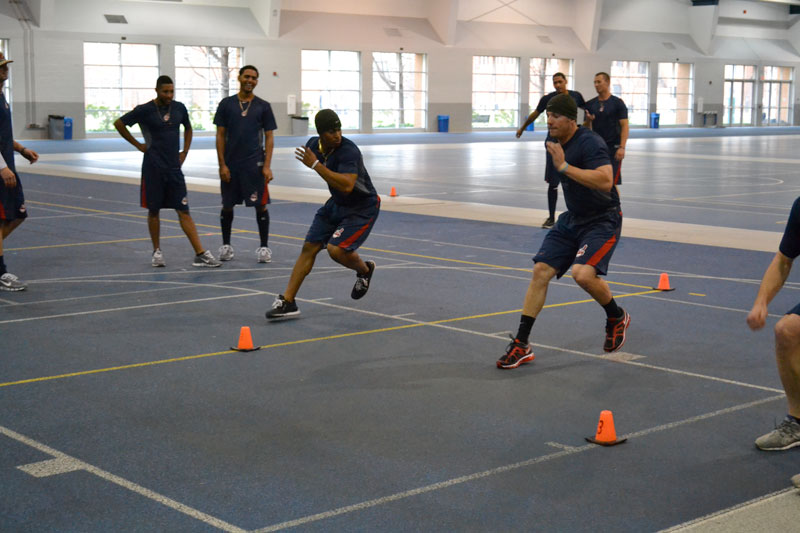 The Spartans will host Ohio Northern University for their annual Progressive Field game on Wednesday, April 24. And, like in past years, the game also will be designated as Seniors’ Day with Spartan seniors and their families honored prior to first pitch.

In each of the last two seasons, the Spartans have earned walk-off wins at Progressive Field, including an 8-7 victory versus Muskingum University last spring.

“The relationship keeps getting stronger between our university and the Cleveland Indians,” said Spartan head coach Matt Englander. “Being able to play a game and host our senior day at Progressive Field is a fantastic experience. Our kids love playing on the field, and it is truly a special day for each of them. It’s also great to host the Indians at our indoor facility, and to be able to pick their coaches’ brains on player development. This is simply a great relationship for our program.”