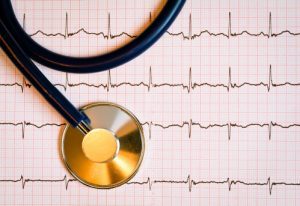 A fundamental discovery reported in the March 1 issue of the journal Nature uncovers the first molecular evidence linking the body’s natural circadian rhythms to sudden cardiac death (SCD). Ventricular arrhythmias, or abnormal heart rhythms, are the most common cause of sudden cardiac death, which is the primary cause of death from heart disease. They occur most frequently in the morning waking hours, followed by a smaller peak in the evening hours. While scientists have observed this tendency for many years, prior to this breakthrough, the molecular basis for these daily patterns was unknown.

The discovery will be the first step toward new diagnostic tools and therapies to prevent or treat the occurrence of this fatal event.

The research team led by Case Western Reserve University School of Medicine discovered that a novel genetic factor, Kruppel-like Factor 15 (KLF15), links the body’s natural circadian rhythm to and regulates the heart’s electrical activity. A lack or excess of KLF15 causes a loss or disruption in the heart’s electrical cycle and greatly increases susceptibility to arrhythmias. A lack of KLF15 is seen in patients with heart failure, while its excess causes electrocardiography (ECG) changes such as those seen in patients with Brugada syndrome, a genetic heart rhythm disorder.

“Our study identifies a hitherto unknown mechanism for electrical instability in the heart. It provides insights into day and night variation in arrhythmia susceptibility that has been known for many years,” said Darwin Jeyaraj, MD, MRCP, assistant professor of medicine at Case Western Reserve University School of Medicine, cardiologist at Harrington Heart & Vascular Institute at University Hospitals Case Medical Center, and lead author of this work.

Sudden cardiac death due to electrical instability is the leading cause of death in the United States—700-800 deaths per day. There is estimated to be about 325,000 deaths annually due to SCD in the United States, easily a leading cause of death in the U.S. SCDs accounted for 10,460 (75.4 percent) of all 13,873 cardiac disease deaths in persons aged 35-44 years old.

With this understanding, scientists can propose new patient treatments with the goal of reducing incidences of sudden cardiac death. For example, knowing that KLF15 levels are reduced in heart failure patients, medications that increase KLF15 levels, particularly at certain times of the day when sudden death is more common, could reduce the incidence of this fatal disorder.

This landmark finding proves that circadian rhythms are an important factor in sudden cardiac death. In addition, it raises the possibility that additional factors may affect the occurrence of sudden cardiac death. Further studies are needed to examine the how additional components of the biological clock can affect electrical stability in the heart.

“This it is the first time a definitive link between circadian rhythms and sudden cardiac death has been established,” said Mukesh K. Jain, MD, FAHA, professor of medicine, Ellery Sedgwick Jr. Chair and director of the Case Cardiovascular Research Institute at Case Western Reserve University School of Medicine and chief research officer of the Harrington Heart & Vascular Institute at University Hospitals Case Medical Center. “We are just scratching the surface. It might be that, with further study, assessment of circadian disruption in patients with cardiovascular disease might lead us to innovative approaches to diagnosis, prognosis, and treatment. In particular, such therapies could be beneficial for patients with heart failure or hereditary mutations where nocturnal death is common.”

This study was supported by grants from the Heart Rhythm Society, National Institutes of Health, and Leducq Foundation.