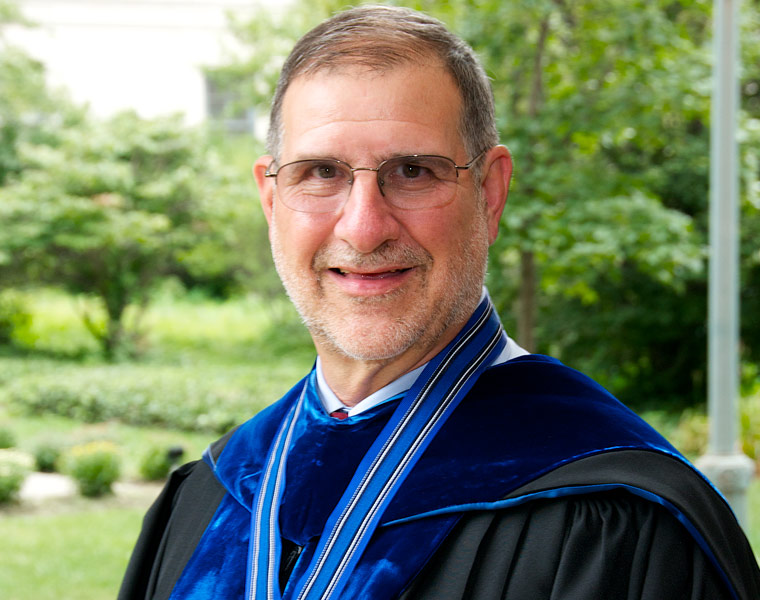 Robert Savinell has held many titles in his professional career—professor, researcher, mentor and mentee. He served as dean of the Case School of Engineering from 2000 to 2007. In a career that’s spanned more than 40 years, he’s clearly had an impact.

According to Venkataramanan “Ragu” Balakrishnan, the Charles H. Phipps Dean of the Case School of Engineering, “innovations stemming from his lab have had tremendous impact on the field of electrochemistry and electrochemical systems, appearing in high-impact journals and providing inspiration for a worldwide activity in the advancement of fuel cell technology.”

In 2013, Savinell earned the university’s top honor for its faculty: Distinguished University Professor. It is an honor he names as one of the highlights of his career.

This month, Savinell will receive a new honor: the 2020 Frank and Dorothy Humel Hovorka Prize—an award presented annually to an active or emeritus faculty member whose exceptional achievements in teaching, research and scholarly service have benefited the community, nation and world.

Savinell will receive the award during commencement ceremonies Sunday, May 17.

After graduating from Cleveland State University with a degree in chemical engineering, Savinell enrolled at the University of Pittsburgh to obtain master’s and doctoral degrees in the same subject. It was during his time at Pitt that he was exposed to electrochemistry, and started along a path that would define his career.

Savinell’s work in electrochemistry includes research of batteries, sensors, fuel cells and energy storage, and is chronicled through more than 155 peer-reviewed publications and nine patents, many with multi-national filings, and more pending. His early career research on flow batteries is now central to an international rebirth of flow battery research for energy storage for grid modernization and renewable energy adoption.

That impact is apparent in his work as director of the DOE Energy Frontier Research Center (EFRC) for Breakthrough Electrolytes for Energy Storage (BEES), a $10.75 million initiative to support “breakthrough technology” used to build massive battery storage systems capable of storing, and discharging, tens of thousands of watts of electricity into the grid as needed.

The impact of mentorship

In his time at CWRU, Savinell has developed and taught many courses, including first-year and University-level SAGES seminars. Savinell particularly enjoys the seminars, which allow him to teach a broad cross-section of students and encourage them to think beyond the technical aspects and about how to solve problems and communicate.

“I like the idea of having students who are not just engineering students…having different types of backgrounds all together in a classroom is an exciting thing. You get different viewpoints in that way, and I find that very rewarding.”

His passion for working with students and faculty stems from his own mentor-mentee relationships. Savinell shared that the impact of his own mentorship with his advisor at Pitt, Chung-Chiun Liu, now a Case Western Reserve University Distinguished University Professor, inspired him to take on the role of mentor with others. Over the course of his career, he has worked with more than 25 PhD students, 35 master’s students, 30 postdocs and visiting scholars, and many undergraduate student researchers.

“I feel strongly about the importance of the mentor-mentee relationship. If I can help junior faculty establish their career and be successful, to me that is establishing a legacy.”

Rohan Akolkar, a colleague and deputy director of the BEES EFRC, would argue that Savinell’s desired legacy is well underway: “Bob’s true impact is not just in winning the [EFRC] award and carrying forward the research. His true impact lies in how he has shaped the careers of those involved.”

The prize is awarded annually to an active or emeritus faculty member whose exceptional achievements in teaching, research and scholarly service have benefited the community, the nation and the world. The recipient is selected on the recommendation of a committee consisting of previous awardees.