In January, Case Western Reserve University was among just 12 institutions nationally chosen by the Arnold and Mabel Beckman Foundation to offer research grants and extensive mentorship to six undergraduate students in chemistry and the biological sciences—two each over the next three years.

The university has selected its first two Beckman Scholars, each of whom will use the financial support and comprehensive mentoring to further their health-related research.

Each Beckman Scholar is awarded $6,800 per summer and $4,600 for the academic year. Another $2,800 is made available for supplies and travel, including attending a Beckman Foundation symposium, at which students present their research projects.

“A number of truly exceptional undergraduates applied to be one of CWRU’s inaugural Beckman Scholars,” said Donald Feke, vice provost for Undergraduate Education and principal investigator for the Beckman Scholars program. “The two students chosen by the faculty selection committee were quite impressive in their depth of knowledge of their research topic, their plans for conducting the research and taking advantage of the Beckman Scholars program and the manner they were able to handle questions from the faculty committee.”

The first Beckman Scholars are:

A second-year student studying biology and medical anthropology, who was selected for her research titled, “Investigating Methods and Mechanisms of Oligodendrocyte Restoration in Hypoxia-Induced White Matter Injury.” 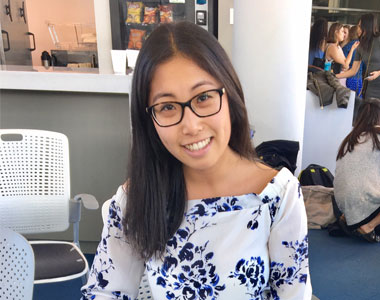 “Myelin is essential for efficient communication in the central nervous system, but its formation is significantly hindered in low-oxygen conditions,” Hu said. “I am interested in more precisely understanding how oxygen deprivation makes myelin unable to form from its precursor cells as well as identifying chemical compounds that can overcome this blockage.”

Hu will be mentored by Drew Adams, an assistant professor in the Department of Genetics and Genome Science at the School of Medicine.

A second-year biology major, was chosen for her examination of “Long Non-Coding RNA Regulation of Opioid-Dependent Inhibition of CD4+ Human T Cell Activation.” 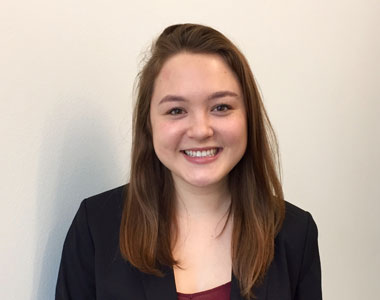 “Opioids, widely used for pain management, also increase susceptibility to infection and other health problems,” Sullivan said. “We want to better understand the specific mechanisms by which opioids inhibit function of CD4+ cells, which play a critical role in the immune system response, and identify (ribonucleic acid) sequences that may mediate this inhibition.”

Sullivan will be mentored by Alan Levine, a professor in the Department of Molecular Biology and Microbiology at the School of Medicine.

The Beckman Scholars Program is a 15-month experience for exceptional undergraduate students, providing continuous support for a mentored research project over two summers and one academic year.