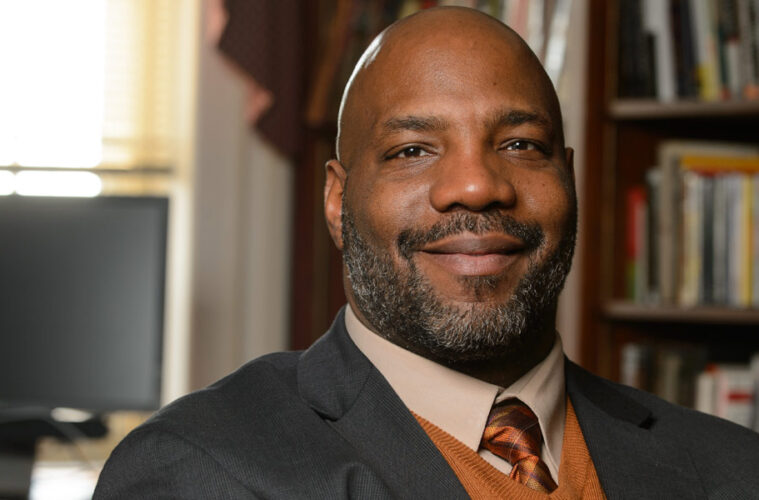 In 1967, in response to widespread rioting and civil unrest, President Lyndon Johnson announced the creation of the Kerner Commission. The report that followed—released just one month before the assasination of Dr. Martin Luther King, Jr.—would lay the blame for the nation’s turmoil squarely on systemic racism.

More than 50 years later, historian and journalist Jelani Cobb sees striking parallels between the conclusions drawn in that report and what America is still experiencing today.

From police violence and broad-reaching racial inequality—addressed in his new, condensed version of the Kerner Commission Report—to voter fraud and mass incarceration in the United States, Cobb has lent his voice to some of the most important conversations of our time, and helped break down the complex dynamics of racism in the United States.

On Friday, Jan 14, the Case Western Reserve University community will have the opportunity to hear from Cobb during a virtual visit. Headlining the university’s celebration of Martin Luther King Jr.’s life and legacy, Cobb will share his livestreamed lecture, “The Half-Life of Freedom. Race and Justice in America Today” at 1 p.m.

“We are thrilled to have Jelani Cobb serve as our 2022 MLK Convocation speaker,” said Robert Solomon, the university’s vice president for the Office of Inclusion, Diversity and Equal Opportunity.  “As an international thought leader on critical issues affecting diversity, equity and inclusion—as well as the state of our democracy—Professor Cobb is a clear, rational and inspirational voice in the midst of political hyperbole and chaos.”

The university’s 2022 MLK observation is free and open to the public, and will be presented on the university’s livestream platform. Register here to receive the streaming link.

Each year, Case Western Reserve honors King’s commitment to social justice and global peace with a range of activities, including workshops, films, panel discussions and acclaimed speakers. There will be a special roundtable with Jelani Cobb for students Friday, Jan. 14, from 2:30–3:30 p.m. following Cobb’s keynote address. Students who sign up for and attend this intimate dialogue—shaped by the questions students pose—will receive a copy of The Matter of Black Lives: Writing from The New Yorker. Students are asked to sign up via CampusGroups; a private Zoom link will be shared with registered students in a confirmation email.

Historian and Peabody Award-winning journalist Jelani Cobb is a staff writer with The New Yorker and the Ira A. Lipman Professor of Journalism at Columbia University. Cobb has appeared as a PBS Frontline correspondent for two critically acclaimed documentaries—Policing the Police and Whose Vote Counts—exploring the complexities of race and inequality.

He is the editor of The New Yorker’s recent anthology collection, The Matter of Black Lives, as well as The Essential Kerner Commission—a condensed version of the historic study of American racism and police violence originally published in 1967.

Cobb was also prominently featured in Ava Duvernay’s Oscar-nominated documentary 13th, detailing the current mass incarceration of Black Americans, which traces the subject to its historical origins in the Thirteenth Amendment.

Cobb is the recipient of the Hillman Prize for opinion and analysis journalism, as well as the Walter Bernstein Award from the Writers Guild of America for his investigative work on Policing the Police. He is the author of Substance of Hope: Barack Obama and the Paradox of Progress, and To the Break of Dawn: A Freestyle on the Hip Hop Aesthetic.