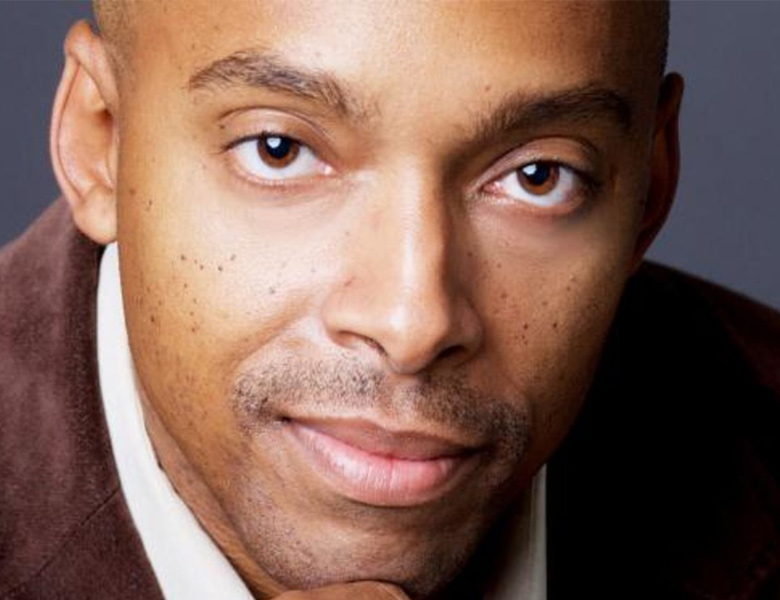 Muhammad will deliver “Diversity is Not Enough: How Bias Education Makes Us Smarter, Fairer and Kinder” lecture Jan. 17

This past summer marked 400 years since ships carrying enslaved Africans first landed on the shores of what is now the United States.

Drawing a line between the barbarity of slavery and its legacy in the racial injustices and disparities of today, scholar Khalil Gibran Muhammad contributed to The New York Times Magazine’s landmark 1619 Project, which helped illuminate aspects of American history often-hidden or glossed over.

Such efforts are “important because we don’t treat our past with the same commitment to truth and honesty and accuracy as we do, say, science and technology,” Muhammad explained to PBS Newshour’s Judy Woodruff in an interview about the journalism project.

This spirit—to uncompromisingly grapple with “our history whether we like it or not,” as Muhammad stated to Woodruff—drives his scholarship that’s focused on the intersections of race, democracy, inequality and criminal justice.

In seeking a more informed public reconciliation of the past and present—what he calls “bias education”—Muhammad hopes to further a greater achievement of equity and equality.

It’s a mission and message that he’s delivered in lecture halls as a professor of history, race and public policy at Harvard Kennedy School—and in numerous articles, books and appearances in news media and films, such as Ava DuVernay’s Oscar-nominated documentary 13th.

On Friday, Jan. 17, 2020, the Case Western Reserve University community will have the opportunity to hear from Muhammad during an on-campus visit. Headlining the university’s celebration of Martin Luther King Jr.’s life and legacy, Muhammad will deliver the lecture “Diversity is Not Enough: How Bias Education Makes Us Smarter, Fairer and Kinder” at 12:45 p.m. at the Tinkham Veale University Center.

The event is free and open to the public. Registration is requested online at case.edu/events/mlk.

Each year, Case Western Reserve honors King’s commitment to social justice and global peace with a range of activities, including workshops, films, panel discussions and acclaimed speakers. The 2020 theme for the MLK celebrations is “North Star: Illuminating the Path to Change.”

Muhammad is the author of The Condemnation of Blackness: Race, Crime, and the Making of Modern Urban America, winner of the 2011 John Hope Franklin Best Book award in American Studies.

He is also the former director of the Schomburg Center for Research in Black Culture, a division of the New York Public Library and leading archive of global black history.

Before leading the Schomburg Center, Muhammad was an associate professor at Indiana University.

A native of Chicago’s South Side, Muhammad graduated from the University of Pennsylvania in 1993 with an economics degree, and then joined Deloitte & Touche LLP as a staff accountant until entering graduate school. He earned his PhD in U.S. History from Rutgers University.