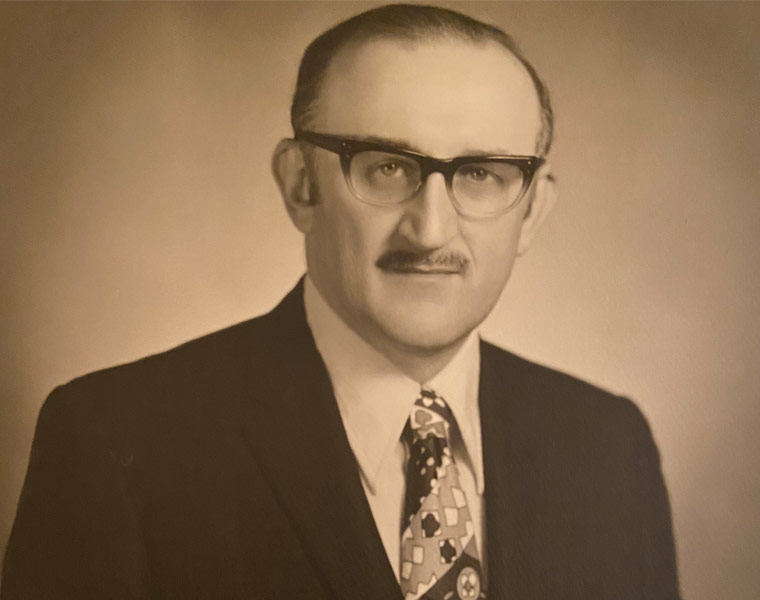 Case Western Reserve University Professor Emeritus Morris G. Shanker, an award-winning educator and legal scholar who passed away last August at the age of 93, designated a $2 million bequest to the School of Law to endow a chaired professorship to be named in his honor. Co-Deans Jessica Berg and Michael Scharf announced the gift during an April 20 online memorial celebrating Shanker’s life and works.

“In addition to Morrie’s many other contributions to the law school, he has left us this transformational gift to endow the Morris Shanker Chaired Professorship,” Scharf said.

“Morrie’s generosity will allow us to retain or recruit an exceptional professor to build on his legacy of excellence,” Berg added.

Shanker, who joined the faculty of Case Western Reserve University School of Law in 1961 and served as acting dean of the school in 1972, developed a considerable reputation in the fields of commercial law, creditor-debtor law and bankruptcy. He held the John Homer Kapp Chaired Professorship and received the Outstanding Teacher Award—chosen by the law school student body and presented at commencement.

Upon his retirement after 49 years on the school’s faculty, the Case Western Reserve Law Review published a series of tributes to Shanker in Volume 61, Number 1 (Fall 2010). The tributes were written by Dean Robert Rawson, then-Chief Judge Marilyn Shea-Stonum (LAW ’75) of the U.S. Bankruptcy Court for the Northern District of Ohio, Professor Wilbur Leatherberry, and Professor Erik Jensen.

In remembering Shanker’s teaching style, Shea-Stonum described the professor as “straightforward and not littered with war stories of the innumerable debates that had to be settled in amending the Uniform Commercial Code (UCC).”

“Instead, he recognized that his assignment in the classroom was to immerse his students in the UCC’s structure and provisions,” she wrote. “He certainly succeeded in impressing on us the UCC’s central importance.”

According to Jensen, “Morrie was the consummate student of bankruptcy and commercial law—whose work was known to scholars and practitioners around the world; a beloved teacher; and a wonderful friend and colleague.”

Leatherberry, who was Shanker’s former student and later a faculty colleague, recalled the professor’s reputation for teaching three points of view in the classroom—“the majority view, the minority view and the Shanker view.” Recognizing the “Shanker view” was an important point on exams, he acknowledged “the Shanker view was always well-supported and very often should have been the dominant view with respect to commercial law issues.”

Shanker was a graduate of Purdue University with a degree in engineering. He received both a JD and an MBA from the University of Michigan. He began his career as an attorney at Grossman, Schlesinger & Carter in 1952, serving at the firm until joining the faculty of Case Western Reserve in 1961.

In addition to his half century at CWRU School of Law, Shanker also served on the original Advisory Committee on Bankruptcy Rules of the U.S. Judicial Conference and acted as a special master in the federal courts. He was a fellow in the American College of Bankruptcy and a member of the National Bankruptcy Conference and the American Law Institute.