A Case Western Reserve University researcher has turned the origami she enjoyed as a child into a patent-pending soft robot that may one day be used on an assembly line, in surgery or even outer space.

Kiju Lee, the Nord Distinguished Assistant Professor of Mechanical and Aerospace Engineering, and her lab have moved from paper robots to 3-D-printed models that bend, contract, extend and twist. This novel mechanism is called TWISTER (TWISted TowEr Robot).

A video is available at case.edu/mae/robotics/videos/OrigamiBot_IEEERA-L.mp4 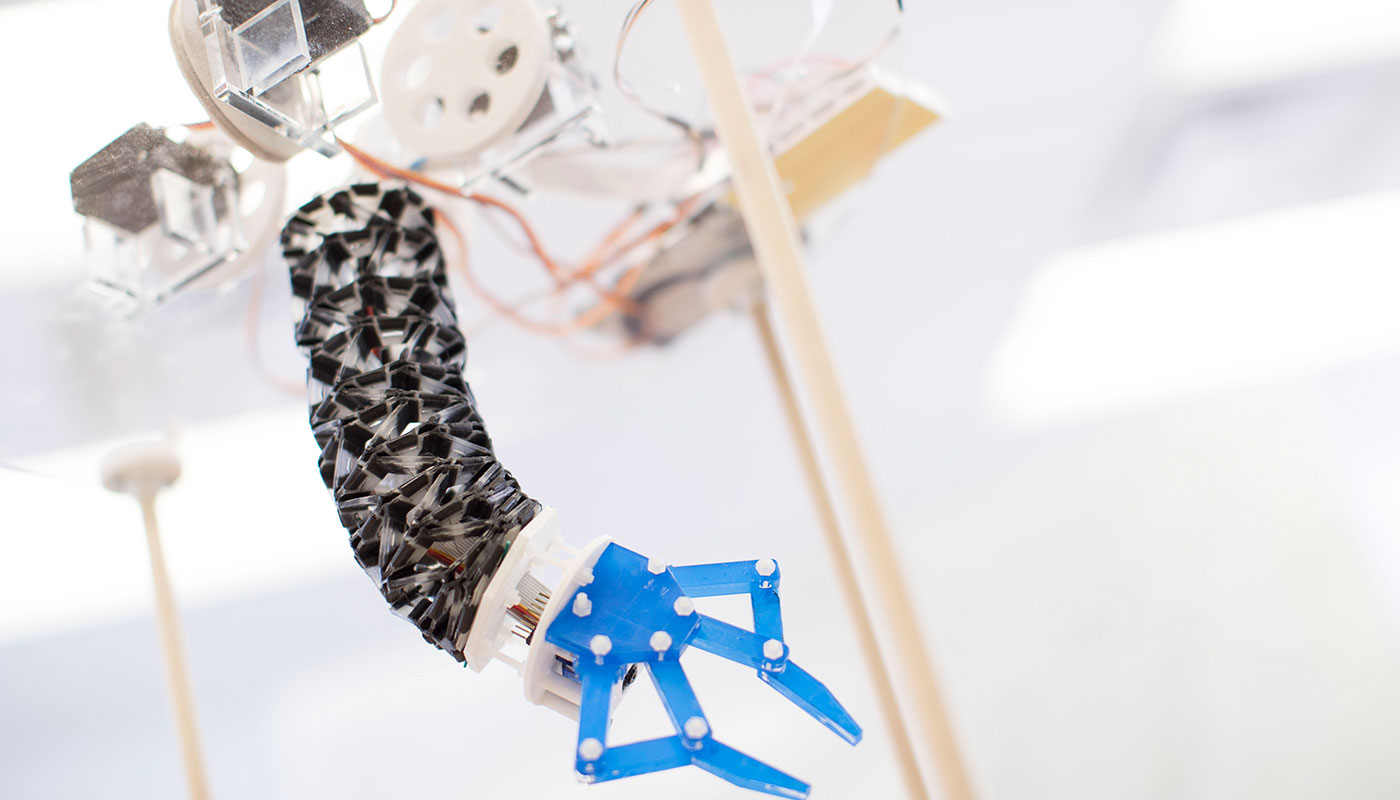 TWISTER was inspired by an origami twisted tower originally designed by Japanese artist Mihoko Tachibana, which uses multiple origami segments to form a tower structure. This origami design was then reinvented for various potential applications in robotics and manufacturing.

In her earlier work using paper-folded structures, Lee’s team added three small versions of the towers to one end of the larger tower and manipulated them to grasp like three opposing fingers. While picking up and moving eggs and ripe fruit, Lee’s team found that when excessive force was applied, the fingers absorbed the extra force by distributing it and deforming.

That quality, the researchers say, demonstrates the design’s potential for manipulating all kinds of fragile objects without requiring force-based sensing and interacting with humans, without safety concerns.

“Among the possibilities for this robot are fragile-object manipulation and direct human-robot interaction, because these robots are soft and safe,” said Lee, who will present her latest study at the IEEE/RSJ International Conference on Intelligent Robots and Systems in Vancouver today (Sept. 27).

“TWISTER is very different from rigid body robots,” she said. 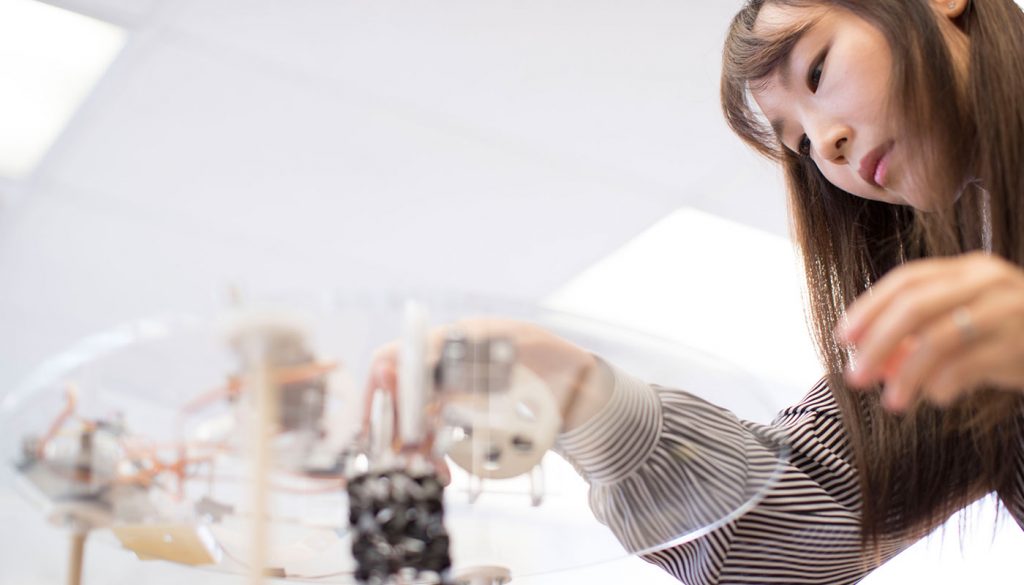 TWISTER is made from multiple layers of regular polygons—triangles, hexagons or octagons, forming a tube-like shape of a tower.

Lee used cable-based actuation to control the robot, while different approaches, such as using Shape-Memory-Alloys, are also being explored. The motions can make a tower lying on its side crawl.

For safety reasons, hard-bodied robots are typically separated from people in manufacturing processes, Lee said. “Because this robot can be made with soft materials,” she said, “it could be safe to use on an assembly line right next to people.”

Lee and physicians have also been discussing ways to miniaturize the robot to insert in the body for minimally invasive surgeries.

“Laproscopic surgery often requires some rigid pieces, and movement to control them from the outside causes stress on the tissues,” Lee said.

“To put anything into space, volume and weight are critical, because of the cost of rocket transport,” Lee said. “This robot is fully collapsible and, compared to a rigid arm, light and compact.”