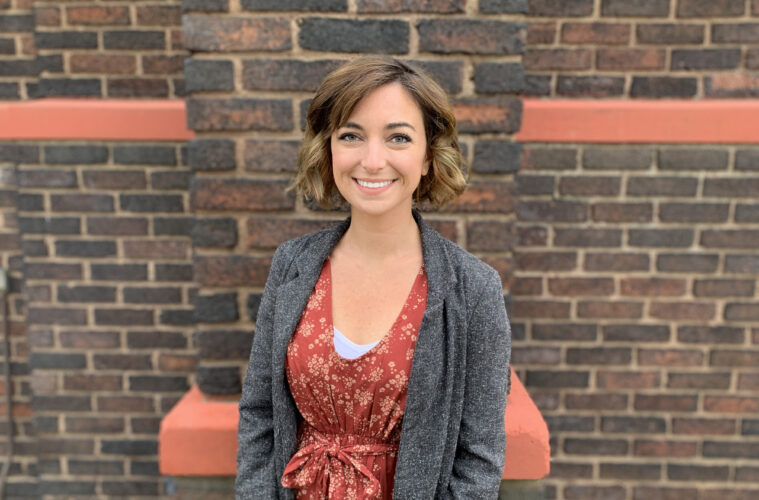 Marissa Scavuzzo studies the nervous system—the one inside your gut. Using lab-grown organs to mimic the human intestine, she is mapping the diversity of support cells called “glia.” Glia in the brain regulate and protect neurons in many ways, but their role in helping gut neurons work smoothly is a new field.

Her goal: To understand the many functions of glia in a healthy gut, and then figure out how these cells respond to genetic, environmental and dietary changes. The potential findings could impact the millions of patients suffering from gastrointestinal disease.

For her work, Scavuzzo, a postdoctoral research fellow in Paul Tesar’s lab in the Department of Genetics and Genome Sciences at Case Western Reserve University School of Medicine, is one of 21 scientists selected nationally as a Hanna H. Gray Fellow by the Howard Hughes Medical Institute (HHMI).

The prestigious and highly competitive program, which supports talented early career scientists with the potential to become leaders in academic research, provides up to $1.4 million to each Fellow for up to eight years of postdoc training and research during their early careers as independent faculty. The fellowship specifically supports outstanding women and underrepresented researchers.

“I’m grateful and honored to be a Hanna Gray Fellow and part of the HHMI community,” Scavuzzo said. “This opportunity will equip me to do cutting-edge science and to dive into the unknown, not only throughout my postdoc, but into my formative years as an independent research investigator. It has been a dream of mine to lead a team of diverse scientists on expeditions to explore new biology, and this award makes that dream a reality.”

“The track record for Dr. Scavuzzo’s career development remains incredible and places her among an esteemed few, which I applaud her for and want many more at our School of Medicine to follow,” said Stan Gerson, the school’s interim dean. “Her individual work will facilitate her emergence as an independent investigator and add to our cohort of young accomplished women in biomedical research.”

Scavuzzo, who was a New York Stem Cell Foundation – Druckenmiller Fellow for the first two years of her postdoc, is also founder and executive director of Rise Up: Northeast Ohio, a science outreach group aimed at bringing cutting-edge, real-world science into the classroom to make science accessible to everyone. The nonprofit works with dozens of teachers and schools within the Cleveland, Akron and East Cleveland public school districts.

“Marissa is truly a science superstar in the making,” said Tesar, the Dr. Donald and Ruth Weber Goodman Professor of Innovative Therapeutics and Scavuzzo’s mentor. “I am so proud of her for receiving this prestigious award from HHMI to launch her independent career. I look forward to the many major contributions that she will make to science and medicine.”

HHMI is a private biomedical research institution based in Chevy Chase, Maryland. The Hanna Gray Fellowship is named after Hanna Holborn Gray, a pioneer who developed initiatives to foster diversity in science. The program seeks to increase diversity in the life sciences community, including individuals from gender, racial, ethnic and other groups underrepresented in life sciences, including those from disadvantaged backgrounds.