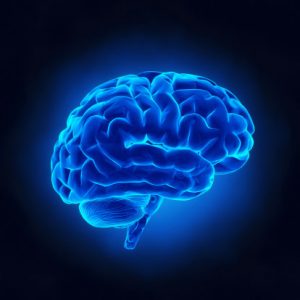 Ben W. Strowbridge, professor of neurosciences and physiology/biophysics and Robert A. Hyde, a fourth-year MD/PhD student in the neurosciences graduate program at Case Western Reserve University School of Medicine, have discovered how to store diverse forms of artificial short-term memories in isolated brain tissue.

“This is the first time anyone has found a way to store information over seconds about both temporal sequences and stimulus patterns directly in brain tissue,” said Strowbridge. “This paves the way for future research to identify the specific brain circuits that allow us to form short-term memories.”

Their study, titled “Mnemonic Representations of Transient Stimuli and Temporal Sequences in Rodent Hippocampus In Vitro,” is slated for publication in the October issue of Nature Neuroscience and is currently available online.

Memories are often grouped into two categories: declarative memory, the short- and long-term storage of facts like names, places and events; and implicit memory, the type of memory used to learn a skill like playing the piano.

In their study, the researchers sought to better understand the mechanisms underlying short-term declarative memories such as remembering a phone number or email address someone has just shared.

Using isolated pieces of rodent brain tissue, the researchers demonstrated that they could form a memory of which one of four input pathways was activated. The neural circuits contained within small isolated sections of the brain region called the hippocampus maintained the memory of stimulated input for more than 10 seconds. The information about which pathway was stimulated was evident by the changes in the ongoing activity of brain cells.

“The type of activity we triggered in isolated brain sections was similar to what other researchers have demonstrated in monkeys taught to perform short-term memory tasks,” Hyde said. “Both types of memory-related activity changes typically lasted for 5 to 10 seconds.”

The researchers also demonstrated that they could generate memories for specific contexts, such as whether a particular pathway was activated alone or as part of a sequence of stimuli to different inputs. Changes in ongoing activity of hippocampal neurons accurately distinguished between two temporal sequences, akin to humans recognizing the difference between two different song melodies. The artificial memories Strowbridge’s group created in the hippocampus continued to recognize each sequence even when the interval between stimuli was changed.

The new research expands upon a previous study, also published in Nature Neuroscience in 2010, in which Strowbridge’s group found that isolated pieces of the hippocampus could store which one of two inputs was stimulated. That study also found that a relatively rare type of brain cell, originally described in the 1800s by the famous Spanish anatomist Santiago Ramón y Cajal (but ignored in modern times) played a critical role in the memory effect.

By demonstrating that the same neural circuits also can store information about context, the new study will likely increase the focus on these potential “memory cells” in the hippocampus, called semilunar granule cells, Strowbridge said.

This study was funded by the National Institutes of Health.