For the seventh consecutive year, Case Western Reserve University is the recipient of the national Higher Education Excellence in Diversity (HEED) Award from INSIGHT Into Diversity magazine. 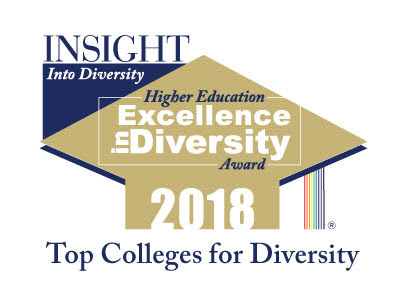 As a recipient of the annual HEED Award—a national honor recognizing U.S. colleges and universities that demonstrate an outstanding commitment to diversity and inclusion—Case Western Reserve will be featured, along with 95 other recipients, in the November 2018 issue of INSIGHT Into Diversity.

“Receiving this award for the seventh consecutive year is quite a distinction for our university,” said Marilyn S. Mobley, vice president for inclusion, diversity and equal opportunity. “We have been working hard on these issues as a campus community, and so we all share this honor. At the same time, we know that inclusive excellence only comes through continued efforts, focused attention and strategic action.”

CWRU has received the national award every year since the honor was established in 2012. To be considered for the award, institutions complete an extensive application and summarize their diversity and inclusion initiatives. This year’s CWRU application highlighted:

“The HEED Award process consists of a comprehensive and rigorous application that includes questions relating to the recruitment and retention of students and employees—and best practices for both—continued leadership support for diversity, and other aspects of campus diversity and inclusion,” said Lenore Pearlstein, publisher of INSIGHT Into Diversity. “We take a detailed approach to reviewing each application in deciding who will be named a HEED Award recipient. Our standards are high, and we look for institutions where diversity and inclusion are woven into the work being accomplished every day across their campus.”

Learn more about the award and winners.