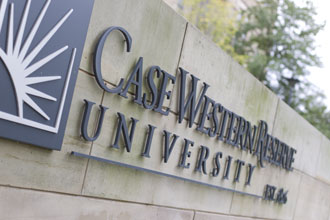 “Our board, faculty, staff, students, graduates and other supporters all play a part in these improvements,” President Barbara R. Snyder said. “Thanks to extraordinary efforts by all of these individuals, our campus is gaining increasing recognition across the country.”

After earning recognition as one of The Huffington Post’s top nine “trendiest” colleges and The Washington Monthly’s top 10 schools that contribute to the common good, Case Western Reserve this year set its third straight-record for an all-time high of applicants. At nearly 14,800, the figure more than doubles the total applicants from five years earlier (7,280). In addition, the class admitted this year represents the single largest, most diverse, and most academically qualified in the institution’s history. It includes 74 valedictorians, 42 salutatorians and 65 National Merit Finalists, as well as young people who have won national athletic championships, performed at Carnegie Hall and the Hollywood Bowl, penned a 50,000-word novel and invented a touchscreen technology for Braille that has a patent pending.

Meanwhile, the past several months on campus have witnessed research triumphs including the $64.6 million renewal of a National Institutes of Health Clinical and Translational Science Award for the university’s collaboration with Northeast Ohio health care partners; a $30 million grant from the Department of Defense for a Case School of Engineering collaboration with universities and private sector partners for manufacturing innovation; and neuroscience professor Gary Landreth’s discovery that a drug already approved for use against cancer appears to reverse symptoms of Alzheimer’s disease in animal models.

“This is a university whose faculty are dedicated to deepening understanding and advancing discovery,” President Snyder said. “And, more and more, talented students are coming to Case Western Reserve to work with such remarkable teachers and mentors.”

The U.S. News rankings showed improvement in Case Western Reserve’s overall academic reputation, which is an index compiled from ratings given to schools by university leaders and high school guidance counselors nationwide. The university improved its selectivity (the percentage of applicants admitted) by 16 percentage points, and its alumni giving rank by five notches, from 53rd to 48th.

Finally, the university also saw gains in such categories as faculty resources, where it climbed from 36th last year to 33rd this year. This category includes such factors as the percentage of classes under 20, faculty compensation and benefits, student-teacher ratio and the proportion of faculty with doctoral degrees. In addition, the university remained ranked 26th for its financial resources, a figure derived from the university’s spending on programs such as instruction, research and student services.

The news was not all positive. The undergraduate engineering program fell from 42nd to 44th, while the undergraduate business program slipped from 28th to 31st. Jeffrey Duerk, who became dean of the Case School of Engineering Jan. 1, has made enhancing undergraduate recruiting and coursework a key element of his first year. The Weatherhead School of Management, meanwhile, welcomes its own new dean next month as Rob Widing joins the university from the MacQuarie Graduate School of Management in Australia.