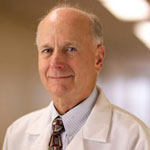 A team of researchers from Case Western Reserve School of Medicine has discovered how the cancer-related protein Bcl-2 signals cancer cells to live longer. The breakthrough emerged when the scientists discovered that Bcl-2 alters the level of calcium ions in lymphoma and leukemia cells that are resistant to cancer treatments. Published in the journal Proceedings of the National Academy of Sciences (PNAS), the research findings could help lead to the development of drugs that attack Bcl-2 in malignancies and produce better outcomes for cancer treatment.

“One of the deadliest and most remarkable characteristics of cancer cells is that regardless of where they are growing, and no matter what types of treatments are employed, including many different forms of chemotherapy and radiation therapy, the cancer cells have the ability to survive,” said Clark W. Distelhorst, professor of medicine-hematology/oncology and pharmacology at the Case Western Reserve School of Medicine. “Since 1993 our team has been conducting research on key mechanisms by which the protein Bcl-2 keeps cancer cells alive.

“Our recent publication in the journal PNAS describes how Bcl-2 regulates calcium ions that carry information within cancer cells and promotes the survival of those cancer cells,” said Distelhorst. “Now, for the first time, we have evidence of how Bcl-2 is promoting abnormally long survival of the cancer cells by regulating calcium levels within cells, and will use the discovery and data to deliver therapies designed to attack the Bcl-2 protein and inhibit its impact.”

“We have recognized for decades that cancer cells grow and forget to die,” said Stanton Gerson, director of the Case Comprehensive Cancer Center and director of the Seidman Cancer Center at University Hospitals Case Medical Center. “For the first time now we understand why. Distelhorst’s discovery is a breakthrough that will lead to new treatments for cancer. I predict that this work will focus the discovery of new drugs against the Bcl-2 calcium flow system.”

More than a decade ago, the Distelhorst lab discovered that Bcl-2 binds to the inositol 1,4,5-trisphosphate receptor (IP3R) channel and regulates the release of calcium ions. In their most recent study, this team found that when Bcl-2 binds to the IP3R channel, it initiates a complex feedback mechanism that blocks the release of calcium ions intended to induce cell death. Instead of dying, the cancer cells continue to proliferate—even in the face of chemotherapy and radiation.

The research, led by hematology and oncology expert Distelhorst, sheds new light on how Bcl-2 functions and the pathway it uses to prevent the death of cancer cells.

Bcl-2 can prolong the survival of cancer cells by limiting the release of calcium ions from the endoplasmic reticulum (transport system) of the cell.  Elevations in intracellular calcium signal key events in the lifetime of a cell. These calcium ions encode information that governs many cellular processes —including cell division, cell proliferation, and even cell death—and travel via a specialized channel known as the IP3R.

Bcl-2’s role in thwarting cancer treatment is best seem in lymphoid malignancies like chronic lymphocytic leukemia and lymphoma as well as in small cell lung cancer and other cancers characterized by high levels of Bcl-2. The Distelhorst lab used biochemical and cell physiological studies, molecular studies, and intracellular imaging to document major changes in the calcium content of the cells they studied.

The study appeared in the electronic edition of the Proceedings of the National Academy of Sciences on Jan. 7.