Capturing the enduring appeal of mid-century decor from Sweden 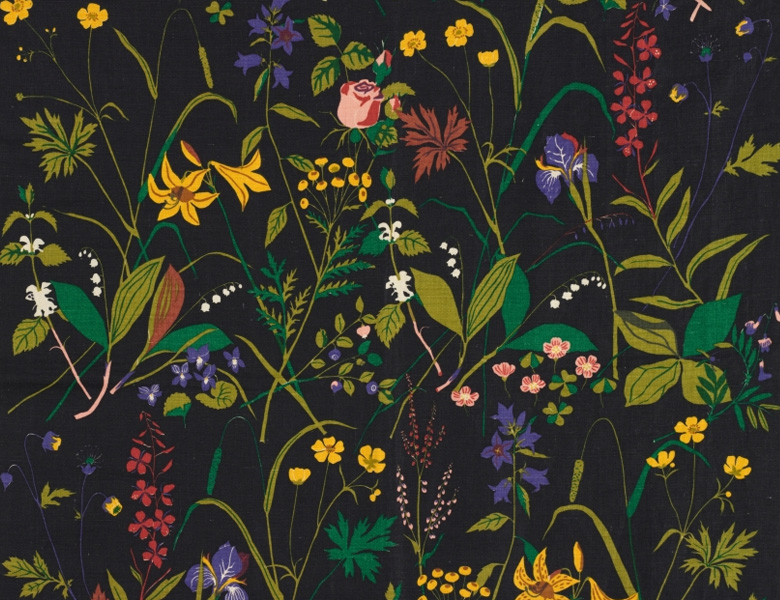 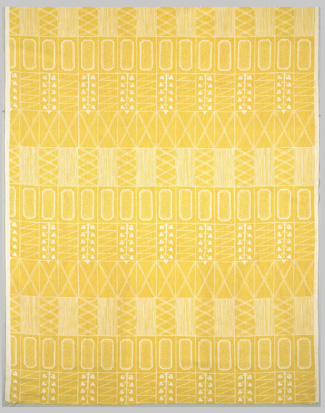 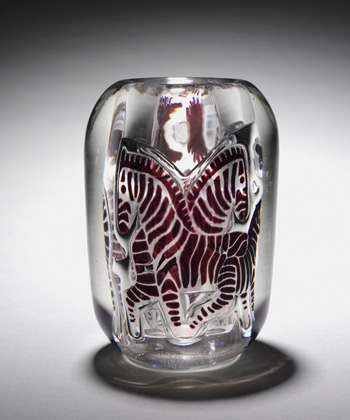 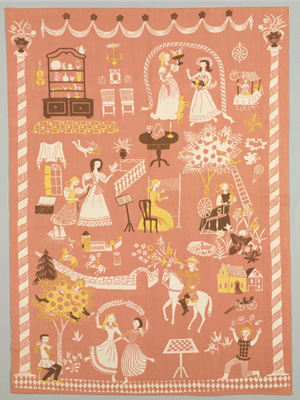 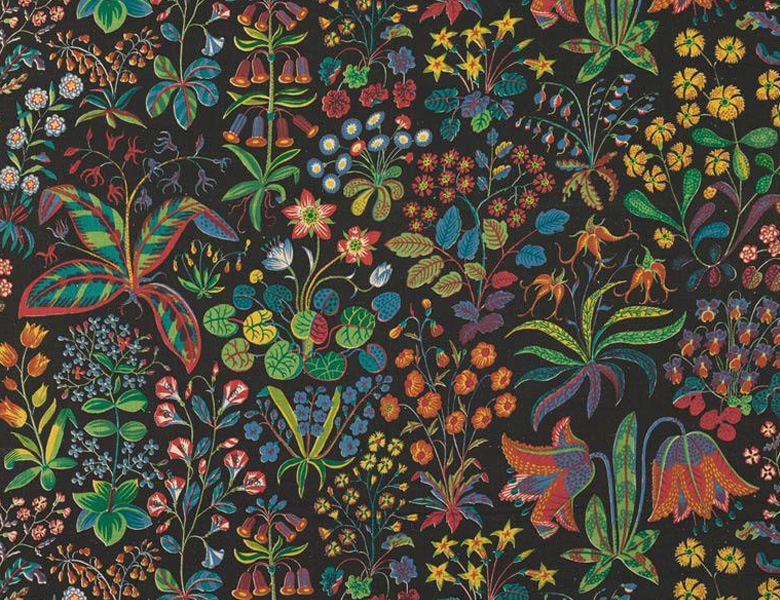 Under Ekvatorn (Beneath the Equator) 1941, Josef Frank 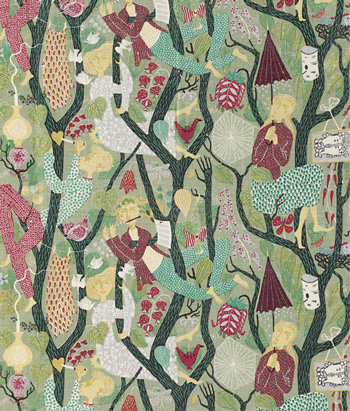 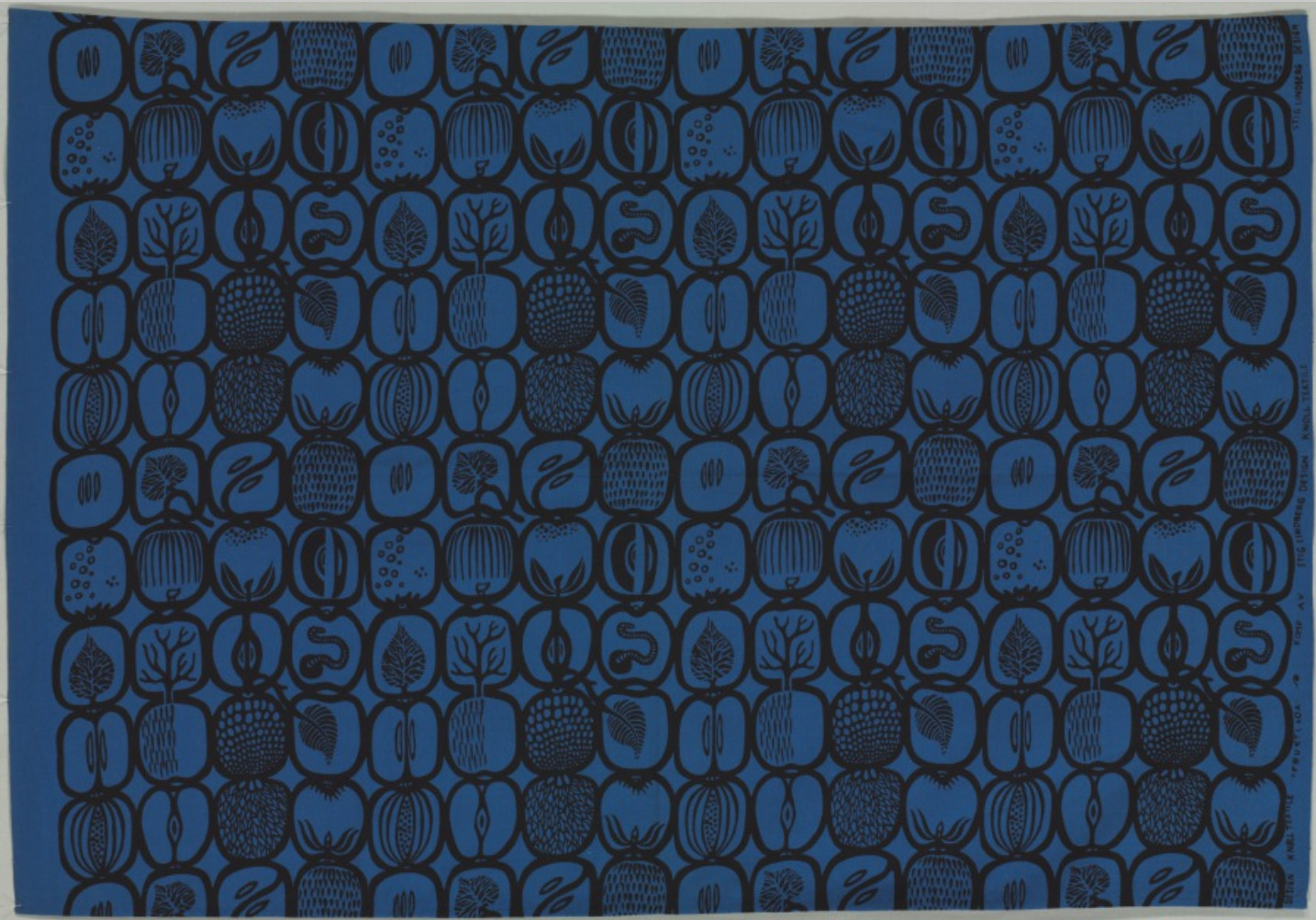 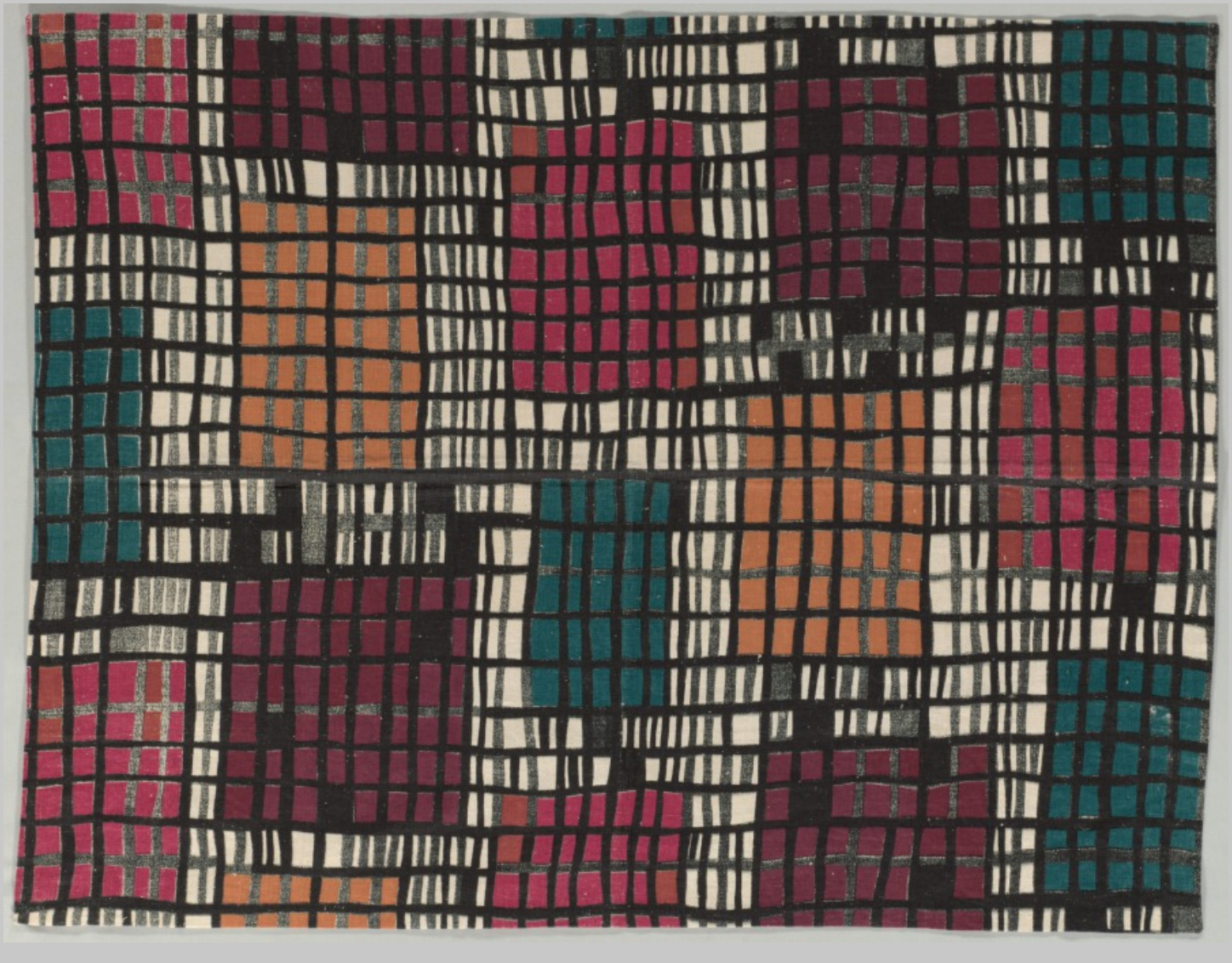 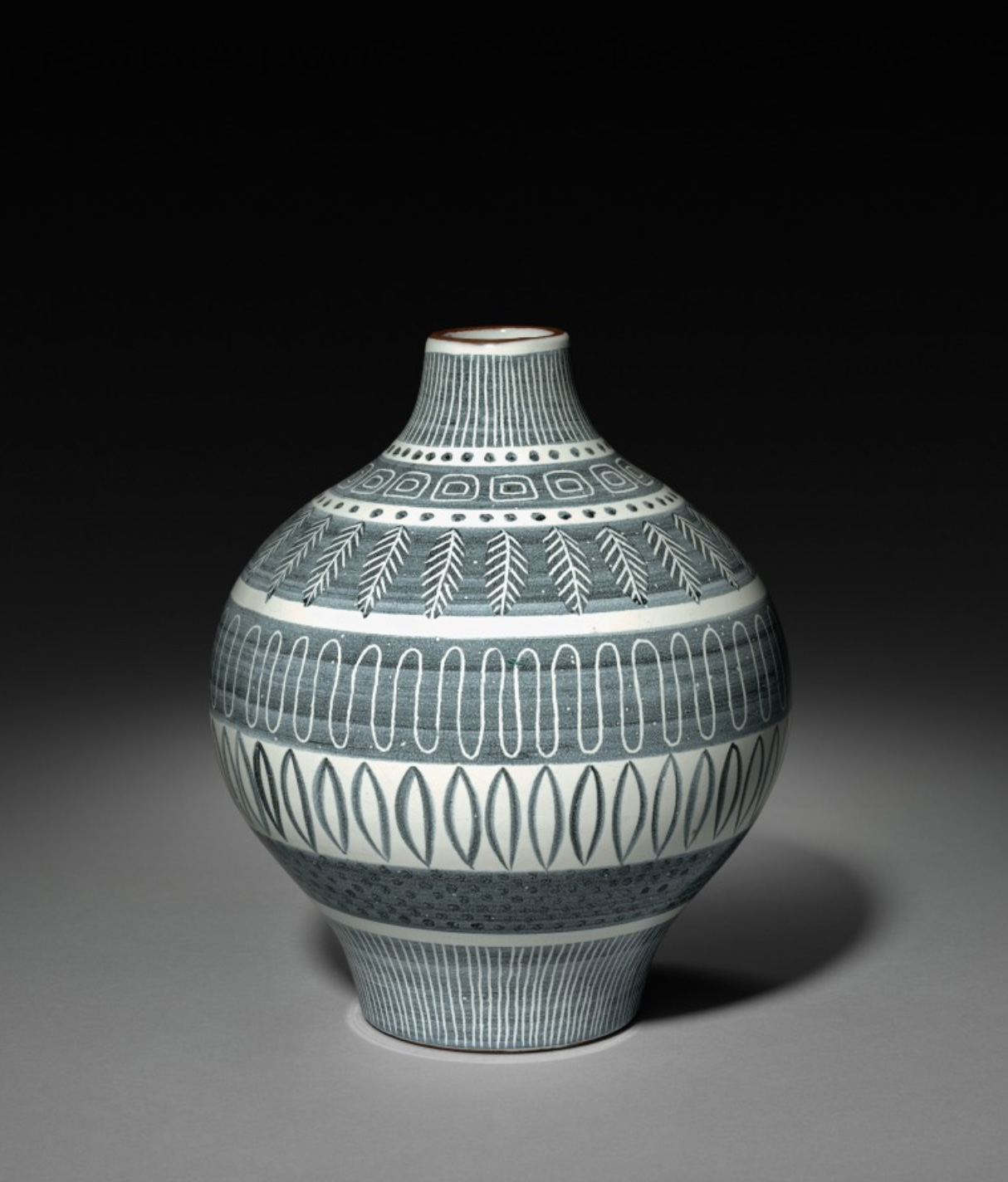 Creating the exhibition Swedish Modern Design, on display at Cleveland Museum of Art, Case Western Reserve University students trace the influence of Swedish interior design from the 1920s to today

Stepping inside a middle-class home in Sweden 60 years ago would probably look and feel a little familiar.

From colorful nature-inspired wallpaper, to the comfortable furnishings and other affordable décor, these long-ago living spaces still impart an outsized influence on our interiors today.

“Call it the IKEA effect,” said Julia LaPlaca, a 2019 MA graduate in art history and art at Case Western Reserve University. “These mid-century domestic goods were among the very first to show how a home could be cozy and beautiful—and accessible to common people.”

Capturing the past-is-prologue phenomenon of the era was the charge for a small cohort of university graduate students, who proposed and designed Color and Comfort: Swedish Modern Design, now on display at the Cleveland Museum of Art (CMA).

Owing its origins to designs inspired by life in pre-World War II Austria and Scandinavia, the Swedish modern aesthetic—playful, whimsical, welcoming and enchanting—is undergoing a revival of popularity and has inspired an entire industry of contemporary furnishings.

“[These designs] uplifted and brightened an otherwise spartan existence that prevailed during both the economic depression of the 1930s and the lean postwar decades,” the students wrote, in describing the exhibition.

While the students were invited during their first semester on campus—fall 2017—to propose a show for the CMA’s dedicated textile gallery, there was no guarantee it was their space to fill.

Homing in on the CMA’s bevy of Swedish modern textiles and goods, the students drew on one of the most complete collections of its kind known in a United States museum. Still, the objects had largely remained in storage for decades.

Now, the students are being credited with giving them new life.

Embarking on understanding another material culture

Entirely outside of class work and degree requirements, the cohort proposed an ambitious exhibition that included not only textiles, but furniture, glass and ceramics by significant Swedish designers and artisans from the era—all while keeping in mind that, on average, fewer than 10 seconds are spent looking at an artwork in museums.

“It’s extremely rare to have master’s students propose and design an entire exhibition while still in graduate school—let alone to see the fruits of their labor,” said Holly Witchey, an adjunct professor in the Department of Art History and Art in the College of Arts and Sciences at Case Western Reserve. “It’s a testament to their work that professional curators chose their ideas.”

Opting to display textiles in ways similar to how artworks are presented in galleries, students invited visitors to see the salvage edge of the cloths, which feature the name of their designers—similar to a painter’s signature. The decision was intended to lend the pieces more gravitas, as they were divorced from their practical uses as coverings for furniture or curtains.

“From the beginning, you’re always thinking about the visitor, and we saw just how conscious every decision has to be,” said Kate Hublou, of Appleton, Wisconsin. “We tried to communicate complexity and nuance, while also presenting information palatable for most visitors—and anticipating the different relationships audiences would have with the objects.”

While some of the earliest objects chosen for the exhibition were handmade, most of the goods were mass-produced through newer manufacturing practices and thus, affordable and widely available for the commoner.

This fact fit (and was driven by) the ethos of one of the era’s most prolific and visionary designers, Josef Frank; he believed in deeply practical, cost-effective décor with sleek lines and organic, natural patterns that stressed simplicity over overstimulation.

“Design is inherently filled with a culture’s value system,” said Hannah Hilditch, from White Lake, Michigan. “When you enter any sort of room, the designer’s material culture is on display providing social context.”

On display until February 2020 in the CMA’s Arlene M. and Arthur S. Holden Textile Gallery (Gallery 234), the exhibition highlights a unique partnership of two world-class institutions that have been University Circle neighbors for more than a century.

“We hope our experience serves as model going forward for future students,” said Lauren Lovings-Gomez, from Houston. “Museums are special places of cultural engagement, and it’s a real privilege to be trusted to embark on trying to understand another material culture.”