Engineering students Andrew Dupuis and Xyla Foxlin want to disrupt traditionally held beliefs on engineering. So they launched a YouTube channel, “Beauty and the Bolt,” to share their own message: Anyone can be an engineer, and there isn’t a certain way an engineer should look, act or dress.

Their channel features tutorials to give an introduction to basic tools—referred to as the “Zero to Hero” series—with matching project videos for viewers to flex their newfound skills. They also offer informative videos about the technology industry and complete high-level “don’t-try-this-at-home” projects to show a full range of what engineering can do.

From high-energy and informative videos on the basics of soldering, hand drills and miter saws to holiday gift ideas for makers, they aim to arm their viewers with skills to get started on their own projects.

Foxlin, host and producer of the series, often refers to herself as that “one blur of pink in the machine shop.” By having a woman on camera, she hopes “Beauty and the Bolt” will stand out from other “maker” tutorials available on the Internet.

But the series isn’t specifically geared toward women. Dupuis and Foxlin want to engage anyone—with a specific focus on teenagers and young adults—who didn’t have many resources and opportunities to learn engineering growing up but want to give it a try. They hope their videos will make engineering easy, cheap and accessible.

“I hope that anyone who watches our videos realizes that building stuff really isn’t hard—you just need someone to walk you through it the first time,” senior biomedical engineer Dupuis, the videographer and producer of the series, said. “It’s so rewarding to feel confident and capable, especially when it comes to making and engineering.”

The channel launched in December, with 10 videos released over the course of a single week. Moving forward, they plan to add a new video each Saturday. 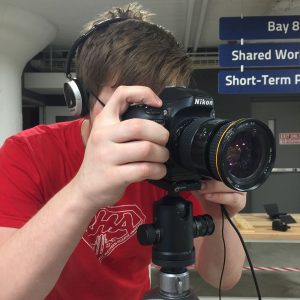 Dupuis and Foxlin took inspiration from Disney when naming their channel and also when planning out projects for viewers.

“Beauty and the Beast is an iconic movie,” Foxlin said. “We thought Belle was the perfect exemplar princess for what we’re doing: She’s brilliant, she’s not afraid to be herself and to pursue the things she’s interested in, but she’s also very gentle and feminine and relatable.”

While their projects often focus on Disney—such as a backlit Hercules constellation made from a hand drill—they don’t consider themselves like most do-it-yourself Disney crafters.

“We do have glitter and we do have an artsy-craftsy vibe, but it’s also using machine shop tools,” Foxlin said.

Origins of the channel 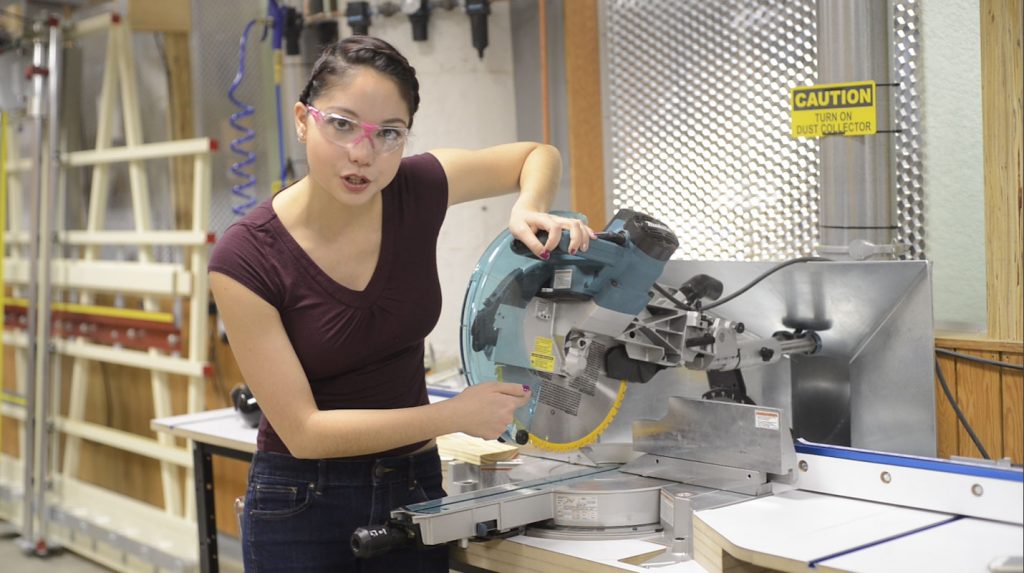 So they started with a local approach, gearing their videos toward tools available at Sears think[box] to help people at Case Western Reserve learn how to get started.

After a few videos, though, they realized their work could be far-reaching and applicable to people using other makerspaces—or just tools they already had at home—so they spun the series into their own project.

Dupuis called it “one of the most exciting decisions we’ve made.”

When they distanced themselves from the focus on Sears think[box] users, they realized there were other advantages to taking complete ownership of the series.

“If we’re creating the narrative, we can create the mission that goes with it,” Foxlin said.

With the series, they’re not only trying to change minds about who can be an engineer, but also what engineering is all about.

As part of their mission, they set out to show that engineering is not just about nuts and bolts—it’s also an art because it forces people to think creatively for solutions.

“We’re trying to teach engineering through art, music and stories—human things that are what should drive engineering. The whole reason we design things is for people. So if we’re not teaching people to listen to others and appreciate the people around them, then we’re not teaching them to be a full engineer,” Foxlin said. “We’re focusing on not only the technical aspects of each project, but also the social implications that can come with it.”

Dupuis and Foxlin have seen their engineering skills grow from the experience of working on “Beauty and the Bolt.”

“I have been pushed way beyond my range of skills and learned about things I didn’t even know existed,” Dupuis said. “Xyla and I are learning just as much as we are teaching, so having the support of CWRU through our student project grant [from Sears think[box]] has been incredible.”

Dupuis and Foxlin are taking “Beauty and the Bolt” on the road to Las Vegas for the Consumer Electronics Show (CES) and VR Fest this week, where they will broadcast a live video.

Learn more about “Beauty and the Bolt” at beautyandthebolt.com/.