The U.S. Department of Energy (DOE) awarded Case Western Reserve University $10.75 million over four years to establish a research center to explore “Breakthrough Electrolytes for Energy Storage” (BEES)— with the intent of identifying new battery chemistries with the potential to provide large, long-lasting energy storage solutions for buildings or the power grid.

“We hope to come up with the next generation of electrolytes that could be incorporated into new, large-scale batteries—and those batteries could store energy more efficiently, more reliably, more cost effectively and more safely,” said Robert Savinell, Distinguished University Professor at Case Western Reserve, who will lead the DOE’s new Energy Frontier Research Center (EFRC).

And that’s promising news for the renewable energy industry.

Despite all the advances in batteries of the last 20 years, modern technologies still can’t store lots of electricity for long periods of time at low cost.

Growth in solar and wind power has historically been stunted by the lack of storage capacity. Current technologies are very expensive at large scale, and can’t provide the duration of power desired–hours or days,  for instance.

Additionally, large-scale storage would also enable conventional coal- and gas-powered plants to run more efficiently instead of being fired up or cut back to respond to variations in customer energy needs, Savinell said. 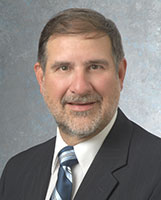 The BEES Center will begin work this fall to start exploring the fundamental chemistry of two classes of electrolytes: deep eutectic solvents (a class of ionic liquid analogues) and soft nanoparticle electrolytes.

These electrolytes are high-performance in both energy and power density, safe, non-volatile, low-cost and environmentally benign, and could serve as a breakthrough electrolyte for flow batteries.

“This understanding is fundamental to designing these innovative electrolytes for future applications in energy storage,” Savinell said. “We are honored to be selected by the Department of Energy for this award, and excited to begin the work.”

The DOE’s Office of Basic Energy Sciences announced the $100 million in 2018 awards on June 29. The funding will be distributed among to 42 centers nationally, including 22 new projects such as the one being led by Case Western Reserve, which was the only Ohio project to receive funding in this round. Over the four-year period, the program awards total about $300 million.

The EFRC program is designed to help keep the United States on the cutting edge of energy innovation, with a specific focus on fundamental energy-related research. More information can be found on EFRC Website.