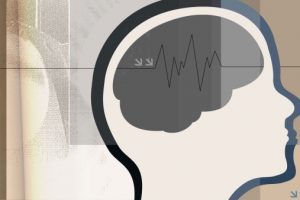 New research shows a simple reason why even the most intelligent, complex brains can be taken by a swindler’s story—one that, upon a second look, offers clues it was false.

When the brain fires up the network of neurons that allows us to empathize, it suppresses the network used for analysis, a pivotal study led by a Case Western Reserve University researcher shows.

How could a CEO be so blind to the public relations fiasco his cost-cutting decision has made?

When the analytic network is engaged, our ability to appreciate the human cost of our action is repressed.

At rest, our brains cycle between the social and analytical networks. But when presented with a task, healthy adults engage the appropriate neural pathway, the researchers found.

The study shows for the first time that we have a built-in neural constraint on our ability to be both empathetic and analytic at the same time.

The work suggests that established theories about two competing networks within the brain must be revised. More, it provides insights into the operation of a healthy mind versus those of the mentally ill or developmentally disabled.

“This is the cognitive structure we’ve evolved,” said Anthony Jack, an assistant professor of cognitive science at Case Western Reserve and lead author of the new study. “Empathetic and analytic thinking are, at least to some extent, mutually exclusive in the brain.”

The research is published in the current online issue of NeuroImage.

A number of earlier studies showed that two large scale brain networks are in tension in the brain, one known as the default mode network and a second known as the task positive network. But other researchers have suggested that different mechanisms drive this tension.

One theory says that we have one network for engaging in goal directed tasks. This theory posits that our second network allows the mind to wander.

The new study shows that adults presented with social or analytical problems—all external stimuli—consistently engaged the appropriate neural pathway to solve the problem, while repressing the other pathway. The see-sawing brain activity was recorded using functional magnetic resonance imaging.

Jack said that a philosophical question inspired the study design: “The most persistent question in the philosophy of mind is the problem of consciousness. Why can we describe the workings of a brain, but that doesn’t tell us what it’s like to be that person?”

“The disconnect between experiential understanding and scientific understanding is known as the explanatory gap,” Jack said. “In 2006, the philosopher Philip Robbins and I got together and we came up with a pretty crazy, bold hypothesis: that the explanatory gap is driven by our neural structure. I was genuinely surprised to see how powerfully these findings fit that theory.” Robbins is an associate professor of philosophy at the University of Missouri.

These findings suggest the same neural phenomenon drives the explanatory gap as occurs when we look at a visual illusion such as the duck-rabbit, he continued. The drawing of the head of the animal can be seen as a duck facing one direction or a rabbit facing the other, but you can’t see both at once.

“That is called perceptual rivalry, and it occurs because of neural inhibition between the two representations,” Jack said. “What we see in this study is similar, but much more wide-scale. We see neural inhibition between the entire brain network we use to socially, emotionally and morally engage with others, and the entire network we use for scientific, mathematical and logical reasoning.

“This shows scientific accounts really do leave something out: the human touch. A major challenge for the science of the mind is how we can better translate between the cold and distant mechanical descriptions that neuroscience produces, and the emotionally engaged intuitive understanding which allows us to relate to one another as people.”

After reading the text or viewing the video, the students had to provide an answer to a yes-no question within seven seconds. Each student’s session in the MRI included 20 27-second rest periods, as well as variable delays between trials lasting one, three or five seconds. Students were told to look at a red cross on the screen in front of them and relax during the rests.

“When subjects are lying in a scanner with nothing to do, which we call the resting state, they naturally cycle between the two networks,” Jack said. “This tells us that it’s the structure of the adult brain that is driving this, that it’s a physiological constraint on cognition.”

The finding has bearings on a variety of neuropsychiatric disorders, from anxiety, depression and ADHD to schizophrenia—all of which are characterized by social dysfunction of some sort, Jack said. “Treatment needs to target a balance between these two networks. At present, most rehabilitation, and more broadly most educational efforts of any sort, focus on tuning up the analytic network. Yet, we found more cortex dedicated to the social network.”

Perhaps most clearly, the theory makes sense in regards to developmental disabilities such as autism and Williams syndrome. Autism is often characterized by a strong ability to solve visuospatial problems, such as mentally manipulating two and three-dimensional figures, but poor social skills. People with Williams syndrome are very warm and friendly, but perform poorly on visuospatial tests.

But, even healthy adults can rely too much on one network, Jack said.  A look at newspaper business pages offers some examples.

“You want the CEO of a company to be highly analytical in order to run a company efficiently, otherwise it will go out of business,” he said. “But, you can lose your moral compass if you get stuck in an analytic way of thinking.

“You’ll never get by without both networks,” Jack continued. “You don’t want to favor one, but cycle efficiently between them, and employ the right network at the right time.”

The researchers continue to test the theory, studying whether brains will shift from the social network to the analytical when students in the MRI see people depicted in a dehumanizing way, that is, as animals or objects. The group also is studying whether disgust and social stereotyping confound our moral compass by recruiting the analytical network and depressing social network activity.