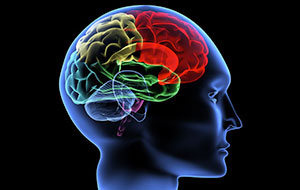 What happens if addicts get no high from the drugs they take?

Researchers at Case Western Reserve University and Illinois State University received a grant for $390,000 from the National Institute on Drug Abuse to help answer the question.

Addiction experts believe a mechanism that robs drugs of their ability to hook users could treat and possibly cure drug abuse and even dependence.

Pedram Mohseni, an associate professor of electrical engineering and computer science at Case Western Reserve, is building—and will soon start testing—a brain implant aimed at sensing changes in the dopamine levels when a rat is given addictive substances and suppressing the reward-related signals associated with a pleasurable high.

“The idea is to build a closed-loop microsystem that senses and identifies changes in the dopamine levels induced by drugs of abuse, then activates a stimulator in real time to suppress the reward-related signals that promote drug-seeking behavior,” said Mohseni, the leader of device development for the research project.

Mohseni has a first-generation prototype implant nearly ready and will take the device to Paul A. Garris, a professor of biological sciences at Illinois State, who will lead device testing in anesthetized laboratory rats as early as next month.

Mohseni’s system is connected to a chemical micro-sensor that senses changes in the brain dopamine levels when a highly addictive amphetamine is administered.

A computer circuit in the microsystem will use algorithms to determine if the drug-induced phasic dopamine signaling exceeds a threshold level set in the absence of drugs. When the threshold is exceeded, the system will then send electrical impulses to a stimulating electrode in the brain. The impulses are designed to inhibit dopamine neurons, silencing the phasic dopamine signaling.

Mohseni and Garris will spend the next two years evaluating and improving the microsystem. They plan to then seek another grant to test the device on rats that are awake and monitor changes in behavior.