The majority of college-aged male aggressors of physical, sexual and emotional violence also reported being victims of violence themselves, both in childhood and as young adults

According to new research, 60 percent of college-aged men reported being both victims and perpetrators of violence with an intimate partner in the year before their participation in the study.

“Men violent with their intimate partners were very likely victims of violence in childhood who developed trauma and poor coping behaviors as a result,” said Laura A. Voith, the study’s lead author and an assistant professor at the Jack, Joseph and Morton Mandel School of Applied Social Sciences at Case Western Reserve University.

“Yet,” she said, “the majority of these perpetrators also continue to be victims of violence themselves.” 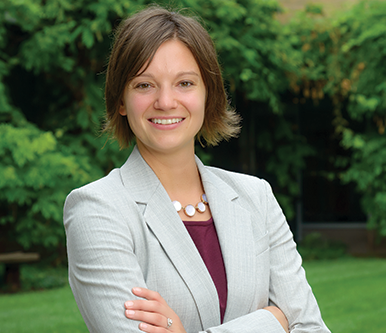 The findings highlight the need for behavioral programs for violent males that focus on unresolved trauma from their experience as abuse victims, Voith said. However, most treatments for perpetrators are punitive and don’t tend to address the childhood roots of violent behavior.

Intimate partner violence—between people currently or formerly in a relationship or close friendship—is highest among 18- to 25-year-olds, previous research has shown.

For the study, published online in May in the Journal of Interpersonal Violence, 423 male students at a large Midwestern university (not Case Western Reserve) completed extensive questionnaires in 2012-13; their responses were anonymous to protect their privacy.

“Behaviors created to survive violence or turmoil in childhood leave adults primed to detect more threat in their environments and less likely to master skills needed to feel safe and control their emotions,” Voith said. “This trauma influences interpersonal relations, putting once-victims of violence at greater risk of both victimization and perpetration in their intimate relationships.”

Intimate partner abuse brought to the attention of law enforcement or health professionals—batterers rarely volunteer for treatment—often leads to support programs for victims and punitive approaches to perpetrators.

However, these programs to rehabilitate batterers are often ineffective: Men arrested for violence against intimate partners continue to batter at similar rates after being released from incarceration and/or completing treatment, according to a 2009 peer-reviewed study.

“It’s to the victims’ disservice if we don’t address trauma in batterers, because the cycle of violence is likely to only continue,” Voith said.

Yet, treating trauma in batterers remains an emerging discipline, Voith said, because the concept represents a fundamental shift in mindset that faces societal headwinds: helping violent men in way that does not condemn them.

A handful of approaches have proven effective for treating trauma in substance abusers, sex offenders and people incarcerated for a range of crimes. Among them: strength-based therapy, which seeks to build off successful behavior changes from a person’s past, and interview-based methods to improve a patient’s personal motivation by working goal-by-goal.

“Forming a positive alliance centered on trust, not on shame or blame, between patient and the professional leading the rehabilitation effort, has shown promise in helping trauma patients re-enter their lives more successfully once treatment ends,” Voith said.

Other key findings from the study:

Co-authors of the paper were RaeAnn Anderson, a postdoctoral researcher in psychological sciences at Kent State University and Shawn Cahill, an associate professor of psychology at the University of Wisconsin-Milwaukee.