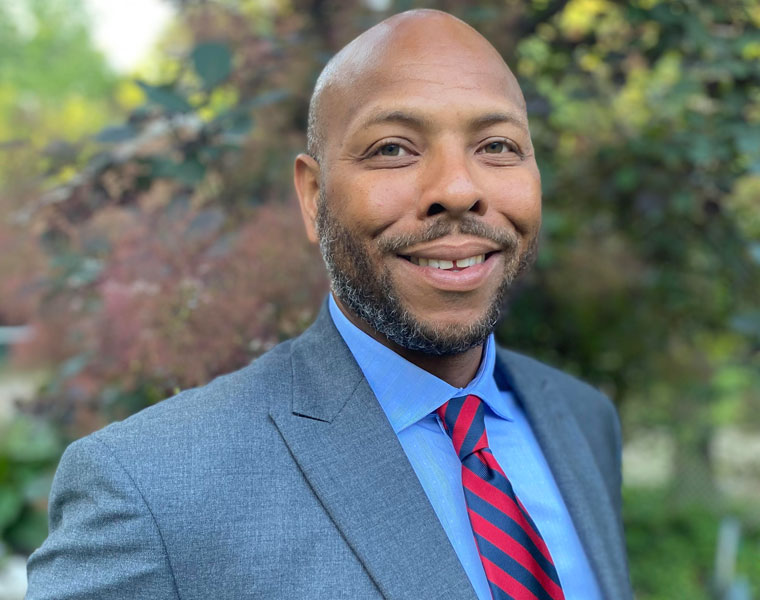 The Howard Hughes Medical Institute (HHMI) announced today that it has named Chemistry Professor Blanton Tolbert as its inaugural vice president of science leadership and culture—a role dedicated to embedding equity and inclusion in the institute’s approaches to scientific excellence.

“This is an exciting moment in HHMI’s journey as a research institute and philanthropy, and I’m thrilled that Blanton is joining us,” said institute President Erin O’Shea. “Blanton is a leading scientist who believes that science belongs to all of us. With his research and leadership experience, he’s well positioned to help us build a future of science that’s more open and inclusive.”

Tolbert, whose institute appointment starts later this fall, joined Case Western Reserve a decade ago. His research focuses on understanding the molecular mechanisms RNA viruses use to express their genomes, with a particular focus on how HIV regulates RNA processing.

More recently he has collaborated with colleagues at Duke and Rutgers to develop compounds that have the potential to delay or even stop the ability of SARS-CoV-2—the virus that causes COVID-19—to replicate. He plans to maintain his campus lab in addition to his HHMI duties.

“Blanton’s research has made such a significant impact in his field,” College of Arts and Sciences Dean Joy Ward said, “as has his dedication to mentoring and supporting students from all backgrounds and at all academic levels. We congratulate him on this extraordinary opportunity.”

“The Howard Hughes Medical Institute has made an outstanding choice in Blanton,” said School of Medicine Dean and acting cancer center director Stan Gerson. “He is a brilliant scientist, dedicated mentor, and an exceptionally thoughtful and effective advocate for diversity and inclusion. His work at HHMI will make an enormous positive difference for generations of students and scientists.”

In addition, Gerson said: “His impact on propelling discussion, attention, recruitment and engagement across the school in diversity and inclusive excellence will lead us forward for years to come.”

After earning his doctoral degree from the University of Rochester, Tolbert joined HHMI as a postdoctoral fellow. As part of his new duties, Tolbert will develop and lead the institute’s new Center for the Advancement of Science Leadership and Culture that is expected to launch next year. Among its priorities are transforming science education for undergraduate and graduate students, and an initiative to support HHMI scientists in providing mentoring that is culturally aware.

“I can’t think of an organization better positioned to create lasting change than HHMI, with its resources and commitment to long-term investment,” said Tolbert, who served as an HHMI research associate from 2006 to 2009. “I’m excited to build on the good work the institute is already doing and to collaborate with academic leaders across the country so that we can find ways forward together.”