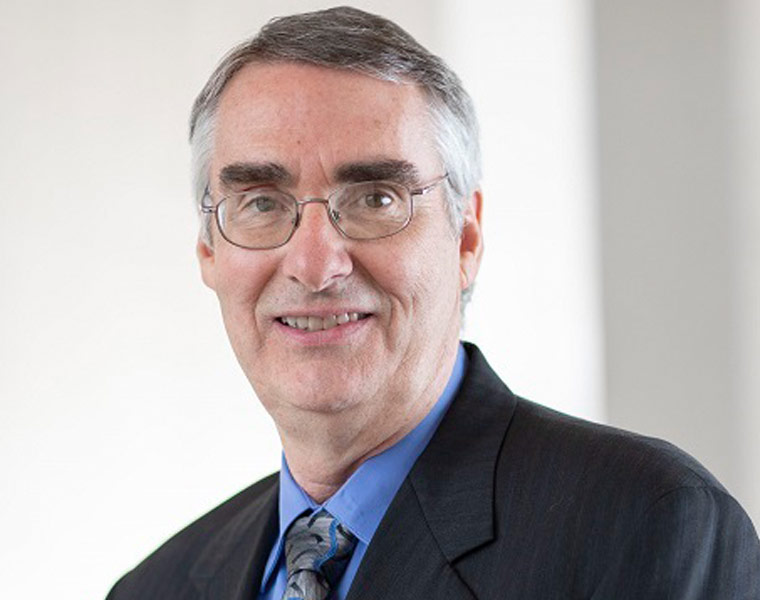 When Roger Quinn joined the Department of Mechanical and Aerospace Engineering 37 years ago, the term “biorobotics” was unknown. Initially focused on simulation and control of space structures, Quinn was approached by former CWRU professor Randall Beer and professors of biology Hillel Chiel and Roy Ritzmann to build an insect-like robot for an innovative project. It was this project that would eventually put his name on the short list of people who pioneered the field of biorobotics.

Now, the Arthur P. Armington Professor of Engineering will be honored as a Case Western Reserve University Distinguished University Professor during convocation Aug. 31 for his groundbreaking and innovative research—and his continued commitment to students.

Years later, the term “biorobotics” is widely recognized, and Quinn’s research continues to advance the field.

“Biorobotics just really took off,” Quinn reminisced. “And it just gradually took over my life.”

His most recent work is focused on robot hands with a soft touch, in partnership with former student Vickie Webster-Wood (GRS ‘17, mechanical engineering) and longtime collaborator Chiel, the team is developing the next generation of soft robotic graspers. The project is gaining recognition from the National Science Foundation, which awarded the trio a $1.5 million grant as well as $8 million of the NSF’s far-reaching, $50 million project: Next Generation Networks for Neuroscience, or NeuroNex.

Since joining CWRU in 1986, Quinn has been the principal investigator (PI) or co-PI for 62 grants worth nearly $30 million, published a total of 524 times, served in many leadership roles and mentored and taught a large number of students in a variety of classes, some of which he developed.

In a long list of career achievements, he is most proud of his students.

As one of the professors who teaches the second-year class “Undergraduate Dynamics,” Quinn has the chance to meet many students early in their time at CWRU, giving him the opportunity to watch them grow and provide guidance as they navigate their way through academics and into careers.

“I could point to some particular robots, some other things we’ve done,” he said. “But, honestly, I think the thing I’m most proud of is the students who have come through and done such great work and are such good people. Watching them succeed is the most satisfying part of the job.”

Receiving the university’s highest award as a Distinguished University Professor is “a big deal” to Quinn. “It’s a tremendous honor to be in such a select company.”

“Dr. Quinn has made outstanding contributions to scholarly research, education and service, exemplifying the best attributes of our Distinguished University Professors,” said Venkataramanan ‘Ragu’ Balakrishnan, the Charles H. Phipps Dean of the Case School of Engineering. “His stellar academic record, sustained scholarly accomplishments, high level of research funding and student mentoring, and his national and international stature in the discipline of biorobotics make him an extremely deserving recipient.”