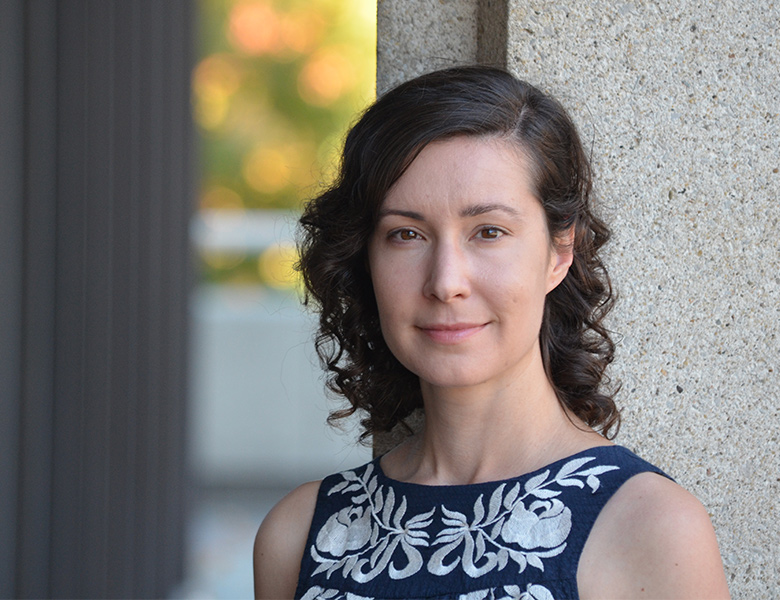 Assistant professor and chair in environmental studies leading research into changing habits of butterflies in warming climate, with help of citizen scientists

Sarah Diamond, an assistant professor in biology and the George B. Mayer Chair in Urban and Environmental Studies, has been awarded a National Science Foundation (NSF) Early Career Development (CAREER) grant for her ongoing work with butterflies across the Midwest.

“Species are on the move, appearing in places they never used to be and disappearing from areas where they once were common,” Diamond wrote in her grant application. She noted that while many butterfly species are moving toward the poles or up mountains, some do not and that “ecologists are trying to understand these differences.”

This research, with help from observations from “citizen scientists,” including grade-school students and their science teachers, will explore “whether traits unique to different butterfly species explain each species’ range shifts over the last several decades,” Diamond wrote.

While Diamond will work with “a diverse array of early-career researchers and students, including post-doctoral researchers and graduate students,” she will also include undergrads and high school students in the work—as well as K-12 students and their teachers.

“It’s absolutely thrilling to have the opportunity to share the scientific discovery process with so many people,” she said. “I’m really looking forward to these collaborations to solve the biological puzzle of why some species move in response to climate change while others don’t.”

Diamond’s lab is focused on evolutionary ecology and global change biology: “From ants to butterflies, we use basic principles of physiological ecology at micro- to macro-scales to develop ecological forecasts of ectothermic species responses to recent climate change,” according to her webpage.

This NSF award of $724,998 is aimed specifically at the work with butterflies.

Diamond’s research in this area has been mentioned in news stories in The Columbus Dispatch and on WKSU radio’s podcast Exploradio.

Some of her other more recent work has also looked at the relatively swift adaptation of acorn-dwelling ants to warmer environments. In 2017, her initial work with those same ants was featured in a story in The New York Times.

The NSF’s CAREER Program is considered the most prestigious award in support of early-career faculty who have “the potential to serve as academic role models in research and education and to lead advances in the mission of their department or organization,” according to the agency.

Recipients are then considered for  Presidential Early Career Awards for Scientists and Engineers (PECASE) in future years.