By Kyle Smith for the SAGES Seminar, Reading and Writing Science 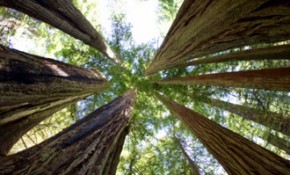 If a person climbed a towering redwood and took a sample from the top and bottom of the tree, a comparison would show that the DNA from each sample within the tree is different. This is the basis of biology chair Christopher A. Cullis’ controversial research findings.

Cullis, who has spent more than 40 years studying mutations within plants, most recently flax (Linum usitatissimum), has found that the environment not only weeds out harmful and useless mutations through natural selection, but actually influences helpful mutations.

Cullis published his findings in the International Journal of Genetics and Molecular Biology and repeated them in the Journal of Visualized Experiments, where he challenged other scientists to repeat his experiment themselves.

Specifically, Cullis focuses on mutations involving the appearance of a small sequence of DNA known as LIS-1 and how the environment affects these changes.

The controversy stems from the idea that the environment changes organisms as they grow and these changes are passed on.

While originally accepted, the theory was eventually thrown out because science revealed that animals pass along DNA through their gamete or sex cells, which are not affected by the environment. This concept was assumed to be the same for plants, but Cullis’ research says otherwise.

In his second study, three separate strands (the plastic strand, short strand and tall strand) of the Stormont Cirrus variety of flax were grown under three separate conditions.

But even all this information does not completely explain Cullis’ assertion that the environment can in a single generation help sift out the useful mutations.

This is where polymerase chain reaction (PCR) amplification of DNA comes in. Through this process, the researchers could see when a specific DNA sequence (in this case LIS-1) appears or disappears.

When the plastic strand is grown under low nutrient conditions, the LIS-1 sequence, which had been absent, appears and continues for future generations. Since the LIS-1 sequence helps plants survive when there is a shortage of nutrients, its presence helps confirm Cullis’ belief that the environment can act on how a plant mutates and keep helpful mutations, even within one generation.

Due to the controversy surrounding Cullis’ findings, many scientists are hesitant to accept them as true. Cullis himself recalls at first being skeptical and thinking, “If this really works… [we can] get a plant that’s better adapted to its environment in one generation.”

These adapted plants have practical uses. Cullis hopes to identify the specific gene sequence responsible for flax’s ability to withstand harsh environments and insert it into the DNA sequence of other plants so that they too can withstand trying environments.

This would bypass the current method of genetically engineering plants, which involves isolating specific DNA sequences that control heat-resistance, cold-resistance, pest-resistance, etc., and instead narrows the effort down to one DNA sequence.

By inserting this sequence into the plant and growing it in a specific trying environment, scientists could make the plant resistant to what they want. All of that plant’s offspring would be adapted to the environment and ready to grow.

By making the plant do all the work, the price of producing better crops would be greatly reduced. This would greatly benefit developing nations that need a large supply of food in an otherwise harsh environment. The DNA sequence may no longer just help the plant survive, but can now help entire countries thrive.