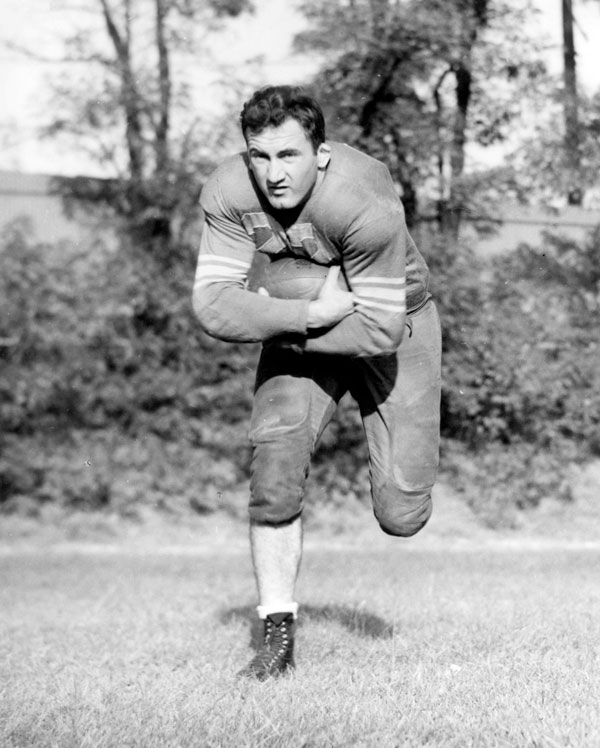 This week, New England Patriots head coach Bill Belichick made an undisclosed donation that will result in the “Steve Belichick Varsity Weight Room,” in honor of the Super Bowl-winning coach’s late father.

Steve Belichick was a standout football and basketball player for the former Western Reserve University, playing fullback on the 1940 Western Reserve team that beat Arizona State in the Sun Bowl on New Year’s Day in 1941.

After graduating with a bachelor’s degree in business in 1941, the elder Belichick played for the NFL’s Detroit Lions before serving in World War II. He returned to Western Reserve for a master’s degree in physical education, then embarked on college coaching career that spanned five decades, including 33 years as an assistant at Navy.

Bill Belichick, whose head-coaching career began with the Cleveland Browns from 1991 to 1995, is named after his father’s Western Reserve coach, Bill Edwards.

About 85 percent of the $8 million has been raised for the 24,000-square-foot, two-story field house, according to Gary Pillar, the university’s executive director of major gifts and assistant athletic director for development. Besides the weight room, which will be available to all Case Western Reserve students, the building will house a cardiovascular workout facility and large varsity club for student study sessions, meetings and alumni gatherings.

The university hopes to break ground for the project next spring. The field house, between Case Field (the football stadium) and Nobby’s Ballpark (the baseball field), will complete the North Campus Residential Village and Athletic Complex.

For more information about the project, contact Gary Pillar at 216.368.3992 or gary.pillar@case.edu.