Sports concussions, Parkinson’s disease and hormone therapy for cancer all can have memory loss as symptoms. But can the biochemical processes of each reveal anything about the memory loss associated with Alzheimer’s disease?

Rong Xu recently received a total of $5 million from the National Institute of Health’s (NIH) National Institute on Aging for two projects that will use big data methods for a comprehensive look at a range of factors that may inform the mechanism of Alzheimer’s and related dementia.

“Vast amounts of data from seemingly unrelated sources present opportunities to researchers who aim to extract information that would help develop drugs or treatments,” said Xu. “This is especially true for diseases and conditions that may involve multiple genetic variations and that also have social or environmental influences.” 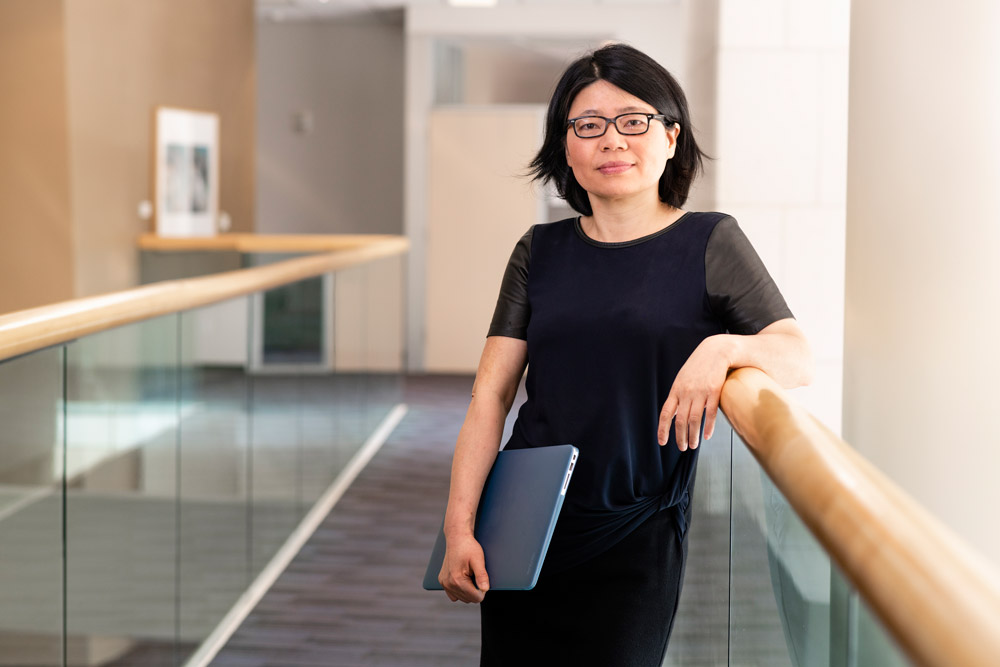 Xu is an associate professor at the Case Western Reserve University School of Medicine’s Department of Population and Quantitative Health Sciences.

Xu’s first project develops artificial intelligence and other advanced, big data computational techniques that will automatically read and understand tens of millions of published research articles and FDA drug profile documents, as well as genomics and other “omics” data sets. These will be used to build large-scale, integrated knowledge bases related to Alzheimer’s and other neurodegenerative diseases. Through complex calculations, Xu will rank and prioritize relevant findings.

Altogether, this large-scale knowledge base will set the foundation to understand the mechanisms of disease, and to identify ways to develop new or reuse existing drugs. While this foundational work is being applied to Alzheimer’s, Xu’s unique methodology can be applied to other diseases.

“Our research,” said Xu, “will also apply findings in the laboratory to verify what we learn. Our goal is to uncover more about the mechanism of Alzheimer’s and other diseases that involve memory loss and the breakdown of the neurological system.”

The second, related project takes a similarly comprehensive approach to uncover new possible candidate genes to explore, beyond those already understood by the research community as related to various forms of neurodegeneration. In addition to genes, this second project will investigate larger genetic regions and biochemical pathways to assess what merits further study. The team, working in collaboration with Shu G. Chen with the School of Medicine’s Department of Pathology, will verify which genes and genetic regions to consider by testing their findings using C-elegans, a type of earthworm with neurological systems that are genetically similar to human systems. This work will accelerate the effort to identify possible new genes and pathways to explore in humans.

Xu is an internationally recognized innovator, focused in cutting-edge research in biomedical informatics. She develops many complex and inter-related processes to arrive at her findings. These include natural language processing, artificial intelligence, machine learning, data mining, statistical learning, systems biology, and other computational techniques that can create, integrate, and analyze large amounts of diverse and complex biological and health data—all to better understand the processes that underlie human diseases and discover new drug treatments.