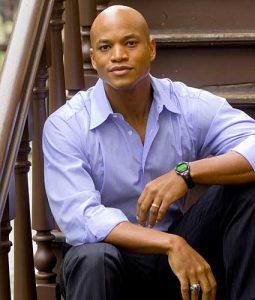 Two young men who shared the same name and lived in similar Baltimore-area neighborhoods wound up on opposite sides of prison bars. One Wes Moore became a Rhodes Scholar and bestselling author; the other is serving a life sentence in a Maryland prison.

The story of how they both found trouble before their lives took divergent paths is the subject of New York Times bestseller, The Other Wes Moore. The book’s self-named author will speak at the 23rd Annual Unity Banquet and Scholarship Benefit for Case Western Reserve University’s Office of Multicultural Affairs. The event is Friday, April 12, at 7 p.m. at the Executive Caterers at Landerhaven in Mayfield Heights.

“This book is meant to show how, for those of us who live in the most precarious places in this country, our destinies can be determined by a single stumble down a wrong path, or a tentative step down the right one,” writes Moore, the Rhodes Scholar, youth advocate, Army combat veteran, investment broker and author.

The annual fundraiser benefits the mission, activities and services of the Case Western Reserve University Office of Multicultural Affairs, which supports the success and retention of all students, with specific attention to African-American, Hispanic and Latino, Native American and Pacific Island students.

Some students supported by the multicultural affairs office have overcome similar struggles that both Wes Moores encountered growing up in single-parent homes in poor and high-crime neighborhoods, but they have managed to reach college just as the author did.

Both Wes Moores cut school early on, but the family of Wes Moore, the eventual author, intervened and sent him to Valley Forge Military Academy for structure and discipline. He eventually earned a degree from Johns Hopkins University.

The other became a teen father, got caught up in drugs, and was involved in a robbery and murder that led to a life sentence.