Commitment includes $2 million for an addition to the soon-to-open Wyant Center, plus $3 million to think[ box ] innovation center 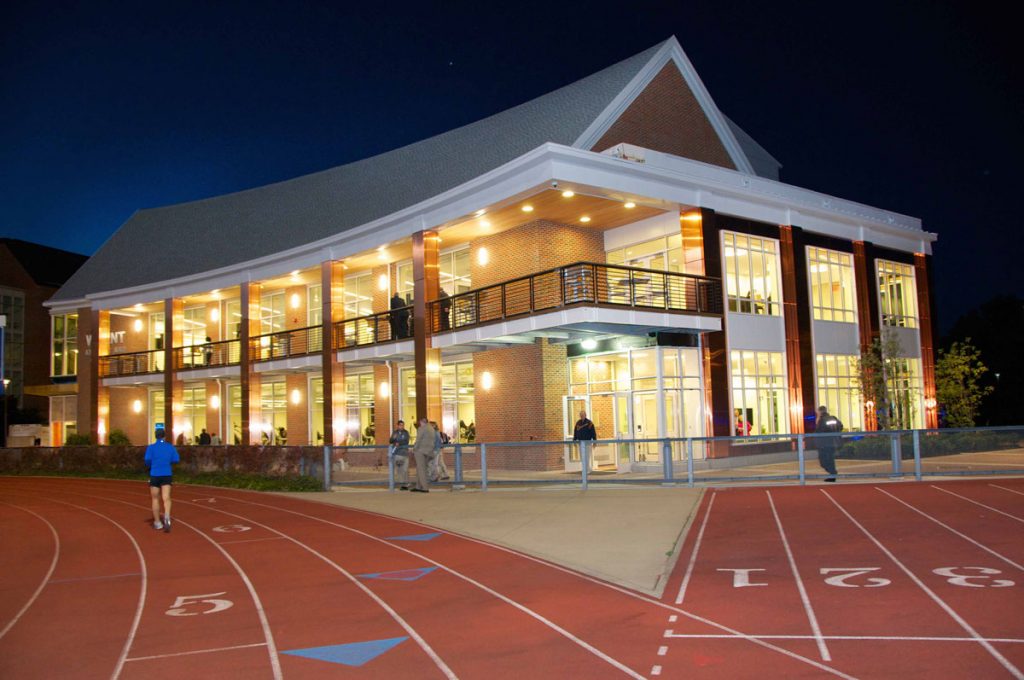 The Wyant Athletic and Wellness Center, which will open to the public soon—and is already scheduled for an addition, thanks to Jim Wyant.

The man who had to be persuaded to come to a cross country practice more than 50 years ago returned to campus Thursday to celebrate the opening of a new athletic facility that bears his name. 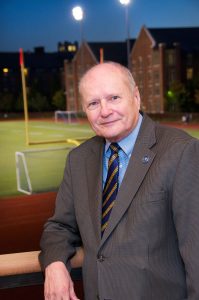 Ultimately a four-year varsity letter winner in both cross country and track, James C. Wyant (CIT ’65) made a $4 million lead donation for a two-story, 24,000-square-foot building on the northeast corner of the Village of 115. That commitment catalyzed alumni, athletes and friends to contribute the remaining dollars to complete the $8 million project. On Thursday, the university community gathered to honor those contributors and watch Wyant and President Barbara R. Snyder perform the ceremonial ribbon cutting.

But, it turned out, Wyant had more that he wanted those in attendance to cheer—specifically a new $2 million commitment to an addition to the Wyant Athletic and Wellness Center and a $3 million pledge to the Case School of Engineering’s innovation hub, think[ box ].

“Jim Wyant’s commitment to the students who have followed him is absolutely extraordinary,” President Snyder said. “These two new gifts represent a wonderful balance of support for student life and for their academic pursuits.”

The addition planned for the Wyant Center is 15,000 square feet, with a tall ceiling and artificial turf design to allow teams and individual athletes to exercise inside when weather is inclement. The structure’s total cost is $3 million, and Jim is challenging his peers to raise the final third—which, President Snyder noted, includes the opportunity to name the addition.

The commitment to think[ box ] will help support construction of a bridge between the Veale Convocation, Recreation and Athletic Center and the new innovation space, as well as the floor on which the bridge opens. Wyant, an accomplished optics researcher, not only held positions of advancing responsibility at the University of Arizona for 40 years, but also founded two optics companies; he remains chairman of the second, 4D Technology. 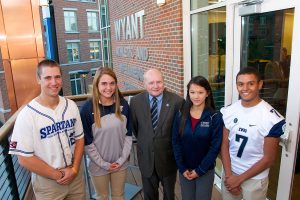 Wyant has frequently attributed much of his professional success to lessons learned as student athlete, a role he assumed only after legendary coach Bill Sudeck repeatedly urged him to attend a practice—and then called when Wyant initially failed to show. He finally went, and sports have been part of his life ever since.

“Coach Sudeck’s persistence gave me the opportunity to learn invaluable lessons from sports,” Wyant said, “and my professors provided an essential academic foundation for my life’s work. I am delighted to give back to my university, and to the students here now and in the future.”