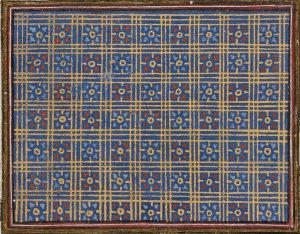 Titled “Abstraction Before the Age of Abstract Art,” the project aims to reformulate the very way people approach the history of representation.

The concept of abstraction has always been considered the domain of modern and contemporary art; Gertsman and Debiais intend to challenge this narrative. Focusing on the long and rich tradition of nonfigurative art, which remains virtually unacknowledged by the field, they aim to identify and explore the concept of abstraction as it developed and transformed throughout the Middle Ages and beyond.