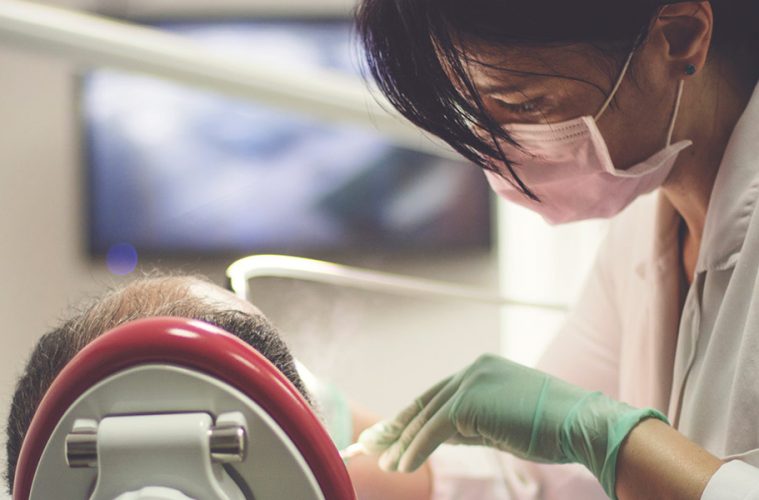 Are you sure it’s burning mouth syndrome?

Not all burning mouths are the result of a medical condition known as “burning mouth syndrome” (BMS) and physicians and researchers need better standards for an appropriate diagnosis, according to new research at the School of Dental Medicine at Case Western Reserve University.

BMS is a painful, complex condition associated with a chronic or recurring burning, scalding or tingling feeling in the mouth—sometimes accompanied by a metallic taste or dry mouth sensation.

But because other conditions have similar symptoms, diagnosing BMS can be difficult, said Milda Chmieliauskaite, a researcher and assistant professor of oral and maxillofacial medicine at the dental school.

“The issues with misdiagnosis, depend to some extent on the context, but include resources, money and patient discomfort,” she said. So if a patient is misdiagnosed with burning mouth syndrome, but actually suffers from burning due to dry mouth, the patient will receive treatment for the wrong condition and the symptoms of burning will not improve.

“Often, these patients see several providers—taking up a lot of health-care resources—before they find out what’s going.”

That’s because many dentists and clinicians aren’t trained well on the topic, she said. The current method for making a diagnosis is ruling out other disorders.

So treating BMS should be approached with caution, said Chmieliauskaite, who co-authored research recently published by Oral Diseases as part of the World Workshop on Oral Medicine VII.

“A lot of the other things that cause burning in the mouth (such as diabetes, anemia and dry mouth) can be easily treated,” Chmieliauskaite said.

The specific cause of BMS is uncertain, she said, but some evidence shows that it may be related to nerve dysfunction. Sometimes, chewing gum or eating certain foods lessens pain symptoms.

Best estimates are that between .1% and 4% of the population is affected by BMS, Chmieliauskaite said. The condition affects females more.

In a review of clinical trials internationally between 1994 and 2017, Chmieliauskaite and an international research team found that many of the participants may have had an underlying condition that could have explained their BMS symptoms.

Chmieliauskaite said BMS clinical trials need more rigorous standards. “We need a consensus for a single definition of BMS that includes specific inclusion and exclusion criteria,” she said. “This will help us in moving the field forward in understanding of the actual disease.”

“And there’s still a lot more we need to study,” she said.